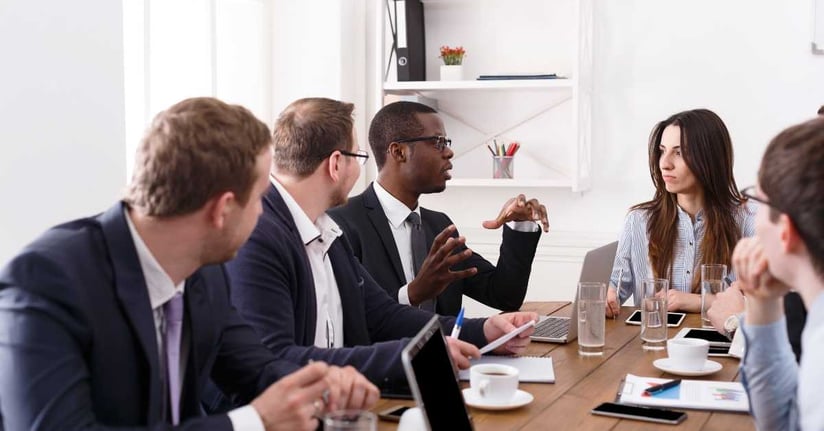 Ans: A memory leak is a type of resource leak that occurs when a computer program incorrectly manages memory allocations in such a way that memory which is no longer needed is not released. In object-oriented programming, a memory leak may happen when an object is stored in memory but cannot be accessed by the running code.

Ans: The store and operating system optimize the installation of iOS, tvOS, and watchOS apps by tailoring app delivery to the capabilities of the user’s particular device, with minimal footprint. This optimization, called app thinning, lets you create apps that use the most device features, occupy minimum disk space, and accommodate future updates that can be applied by Apple.

Ans: Auto Layout dynamically calculates the size and position of all the views in your view hierarchy, based on constraints placed on those views.

Ans: GCD is the most commonly used API to manage concurrent code and execute operations asynchronously at the Unix level of the system. GCD provides and manages queues of tasks. A good example is when an App fetch data from an API, this network call should be done in a background thread and the display of the data in the view should be executed in the main thread as well as any UI updates.

Q5. What are the benefits of Swift over Objective-C ?

Q6. What is Synchronous vs. Asynchronous in GCD ?

Ans: These terms describe when a function will return control to the caller, and how much work will have been done by that point.

A synchronous function returns only after the completion of a task that it orders.

Q7 . Why do you generally create a weak reference when using self in a block?

Q8.  What is the GCD method you call to pass some work to a queue asynchronously? What parameters do you provide to this method?

We pass as a parameter the dispatch queue where we want to execute the code.

Q9. What are some ways to support newer API methods or classes while maintaining backward compatibility?

Ans: For instance, if you want your view to have a red tintColor (a method introduced in iOS 7), but your app still supports iOS 6, how could you make sure it won’t crash when running on iOS 6? Another example would be using NSURLSession vs. NSURLConnection — how could you make it so that your code uses the most appropriate of those two classes?

Ans: MVC is a design pattern that stands for model view controller, this design pattern separates the data from its display, mediated by a View Controller.

Q11. What are delegates?

Ans: Delegates are a design pattern. A delegate is just an object that another object sends messages to when certain things happen so that the delegate can handle app-specific details the original object wasn’t designed for. It’s a way of customizing behavior without subclassing. And it’s important to remember that they have one to one relationship.

Q12. What are NSNotificationCenter and how does it work?

Ans: NSNotificationCenter is what Apple has provided as an Observer Pattern in the Cocoa library . The basic idea is that a listener registers with a broadcaster using some predefined protocol. At some later point, the broadcaster is told to notify all of its listeners, where it calls some function on each of its listeners and passes certain arguments along. This allows for asynchronous message passing between two different objects that don’t have to know about one another, they just have to know about the broadcaster.

Ans: Core Data is not an ORM or object-relational mapper. Nor is it a database. Instead, Core Data is an object graph manager which also has the ability to persist object graphs to a persistent store, on a disk.

Q14. What is a managed object context?

Q15. Difference between frame and bounds?

Ans: The bounds of an UIView is the rectangle, expressed as a location (x,y) and size (width,height) relative to its own coordinate system (0,0).

The frame of an UIView is the rectangle, expressed as a location (x,y) and size (width,height) relative to the superview it is contained within.

Q16. What is the purpose of the reuseIdentifier?

Q19. Whats the difference between weak and strong?

Q21. What is a category and when is it used?

Q22. What is the difference between viewDidLoad and viewDidAppear? Which should you use to load data from a remote server to display in the view?

Ans: viewDidLoad is called when the view is loaded, whether from a Xib file, storyboard or programmatically created in loadView. viewDidAppear is called every time the view is presented on the device. Which to use depends on the use case for your data. If the data is fairly static and not likely to change then it can be loaded in viewDidLoad and cached. However, if the data changes regularly then using viewDidAppear to load it is better. In both situations, the data should be loaded asynchronously on a background thread to avoid blocking the UI.

Q23. What’s the difference between using a delegate and notification?

Ans: Both are used for sending values and messages to interested parties. A delegate is for one-to-one communication and is a pattern promoted by Apple. In delegation, the class raising events will have a property for the delegate and will typically expect it to implement some protocol. The delegating class can then call the delegates protocol methods.

Notification allows a class to broadcast events across the entire application to any interested parties. The broadcasting class doesn’t need to know anything about the listeners for this event, therefore notification is very useful in helping to decouple components in an application.

Q24. What happens when you invoke a method on a nil pointer ?

Ans: A message sent to a nil object is perfectly acceptable in Objective-C, it’s treated as a no-op. There is no way to flag it as an error because it’s not an error, in fact, it can be a very useful feature of the language.

Q25. Which is faster: to iterate through an NSArray or an NSSet?

Q26. What is Decorator Design Pattern?

Ans: The Decorator pattern dynamically adds behaviors and responsibilities to an object without modifying its code. It’s an alternative to subclassing where you modify a class’s behavior by wrapping it with another object.

Q27. What is the difference between Synchronous & Asynchronous task?

Ans: Synchronous: waits until the task has completed Asynchronous: completes a task in background and can notify you when complete

Ans: B-trees are search trees that provide an ordered key-value store with excellent performance characteristics. In principle, each node maintains a sorted array of its own elements, and another array for its children.

Q29. What is made up of NSError object?

Ans: There are three parts of NSError object a domain, an error code, and a user info dictionary. The domain is a string that identifies what categories of errors this error is coming from.

Ans: Bounding box is a term used in geometry; it refers to the smallest measure (area or volume) within which a given set of points.

Q31. Why don’t we use strong for enum property in Objective-C?

Ans: Because enums aren’t objects, so we don’t specify strong or weak here.

Q32. What is synthesize in Objective-C?

Ans: Synthesize generates getter and setter methods for your property.

Q33. What is dynamic in Objective-C?

Ans: We use dynamic for subclasses of NSManagedObject. @dynamic also can be used to delegate the responsibility of implementing the accessors.

Q34. Why do we use synchronized?

Ans: Synchronized guarantees that only one thread can be executing that code in the block at any given time.

Q35. What is the difference strong, weaks, read only and copy?

Ans: Strong means that the reference count will be increased and
the reference to it will be maintained through the life of the object

Read only, we can set the property initially but then it can’t be changed.

Copy, means that we’re copying the value of the object when it’s created. Also prevents its value from changing.

Q36. What is Dynamic Dispatch?

Ans: Dynamic Dispatch is the process of selecting which implementation
of a polymorphic operation that’s a method or a function to call at run time. This means, that when we wanna invoke our methods like object method. but Swift does not default to dynamic dispatch

Ans: Code coverage is a tool that helps us to measure the value of our unit tests.

Ans: Completion handlers are super convenient when our app is making an API call, and we need to do something when that task is done, like updating the UI to show the data from the API call. We’ll see completion handlers in Apple’s APIs like dataTaskWithRequest and they can be pretty handy in your own code.

The completion handler takes a chunk of code with 3 arguments:(NSData?, NSURLResponse?, NSError?) that returns nothing: Void. It’s a closure.

Q39. How to Prioritize Usability in Design?

Ans: Broke down its design process to prioritize usability in 4 steps:

Q40. What’s the difference between the frame and the bounds?

Q41. What is Responder Chain?

Ans: A ResponderChain is a hierarchy of objects that have the opportunity to respond to events received.

Q42. What is Regular expressions?

Ans: Regular expressions are special string patterns that describe how to search through a string.

Q43. What is Operator Overloading?

Ans: Operator overloading allows us to change how existing operators behave with types that both already exist.

Ans: TVMLKit is the glue between TVML, JavaScript, and your native tvOS application.

Q45. What is Platform limitations of tvOS?

Ans: First, tvOS provides no browser support of any kind, nor is there any WebKit or other web-based rendering engine you can program against. This means your app can’t link out to a web browser for anything, including web links, OAuth, or social media sites.

Second, tvOS apps cannot explicitly use local storage. At product launch, the devices ship with either 32 GB or 64 GB of hard drive space, but apps are not permitted to write directly to the on-board storage.

Ans: Functions let us group a series of statements together to perform some task. Once a function is created, it can be reused over and over in your code. If you find yourself repeating statements in your code, then a function may be the answer to avoid that repetition.

Ans: ABIs are important when it comes to applications that use external libraries. If a program is built to use a particular library and that library is later updated, you don’t want to have to re-compile that application (and from the end-user’s standpoint, you may not have the source). If the updated library uses the same ABI, then your program will not need to change.

Q49. What is Singleton Pattern?

Ans: The Singleton design pattern ensures that only one instance exists for a given class and that there’s a global access point to that instance. It usually uses lazy loading to create the single instance when it’s needed the first time.

Q50. What is Facade Design Pattern?

Ans: The Facade design pattern provides a single interface to a complex subsystem. Instead of exposing the user to a set of classes and their APIs, you only expose one simple unified API.