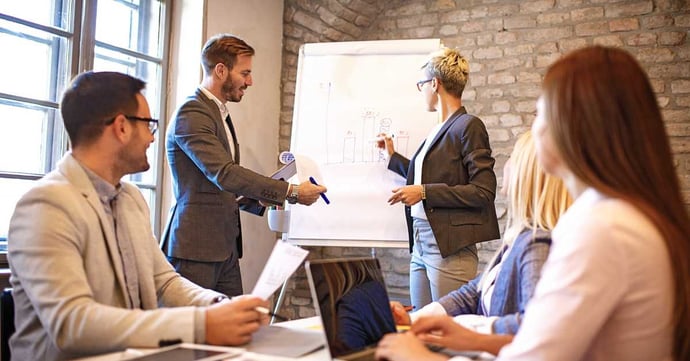 Q1. What is Ionic Framework?

Ans: IONIC framework is an HTML5 platform that enables web developers to build hybrid mobile apps. Hybrid apps are those apps that have access to native perform layer and are small websites running in browser shell in the apps. It is a powerful HTML5 SDK that helps to build mobile apps using HTML , CSS, and JavaScript. Ionic framework mainly emphasizes on the look and feel of the app and its UI interaction. This means that we aren’t a replacement for PhoneGap or JavaScript framework. Ionic fits well with the front end part of your app. They are free to use under MIT license so it can be used for personal or commercial projects.

Q3. How to get the installed version of the Ionic framework?

Q4. What are hybrid mobile apps?

Ans: Hybrid apps are actually developed using a combination of the native and HTML5-based web features. An HTML5 mobile app is basically a web page, or chain of web pages, that are developed to run on a small screen. Hybrid development unites the best and leaves the worst points of both the native and HTML5 platforms. Hybrid app can also be called as a web app, which is initially developed using HTML5 and JavaScript and then it is wrapped in a lean native container that makes it accessible to native platform features as well. Apart, from being a bit slow platform in accessing NFC, Bluetooth, etc and requires a third party plug-in, hybrid platform has handful of advantages. A hybrid application has a potential to develop applications using Android, Windows and Blackberry in spite of the factor that each of the platform requires different development environment, language and framework. To get a prominent presence in the app store without spending significant effort for developing a different app, companies develop hybrid apps as wrappers for an existing web page. Moreover, hybrid apps are also popular because they allow cross-platform development. That means, developers can reuse the same HTML code components on different mobile operating systems, which in turn, reduces significantly the development costs. Tools like PhoneGap and Sencha Touch allow users to design and code across platforms, using the power of HTML.

Q5. What is the difference between ionic polymerization and free-radical?

Q6. How many types of storage available in Ionic framework?

Ans: The easy way to store key or values and JSON objects is known as storage in Ionic Framework. In this various storage, engines are used. While on the web application, the storage will tend to use IndexedDB, WebSQL, and localstorage. Various types of storage are available in ionic framework. Some of them are:

Q7. Why build native apps, when hybrid apps development frameworks are there?

Ans: Some of the following could not be achieved effectively using web frameworks:

Q8. What are some of the disadvantages of building native apps? Q9. List some advantages and disadvantages of ionic framework?

Ans: Some advantages and disadvantages of ionic framework are listed below:
Advantages:

Q10. How to use observables in ionic framework?

Ans: Observables are something that are not specific to Ionic or Angular and are provided by the RxJSlibrary. Observables are almost similar to the promises but can do a lot more. It can deal with multiple values at a time rather than just resolving one value. You can even subscribe to an observable to manipulate the data which is associated with it. Observables are considered to be “lazy”, i.e. they won’t get executed until and unless they are subscribed to. Various operations can be applied to the observables for modifying it and returning a new one. You can even create your own observable. The observable patterns are combined into one with the help of subject which is preferred for simple implementations.

Q11. What is the advantage of caching the views in Ionic apps? Provide examples.

Ans: Ionic by default caches up to ten views, which improves performance and also maintains different states in the views at the same time. For example, the cache can maintain scroll position in the views or active state of buttons.
Caching can be disabled per view by using cache: false in UI-router’s state config, like in the following example:

Q12. How can you detect a platform (Android or iOS) at runtime in Ionic application?

Q13. How can you test Ionic applications?

Q14. What’s the difference between “ionic build” and “ionic prepare”?

Ans: ionic prepare <platform> copies all files from the www folder into the target platform’s www folder.
ionic build <platform> also does this, but also builds the app’s source code so that it can be run on a simulator/emulator or a device.

Ans: Some popular applications built with the help of ionic framework: