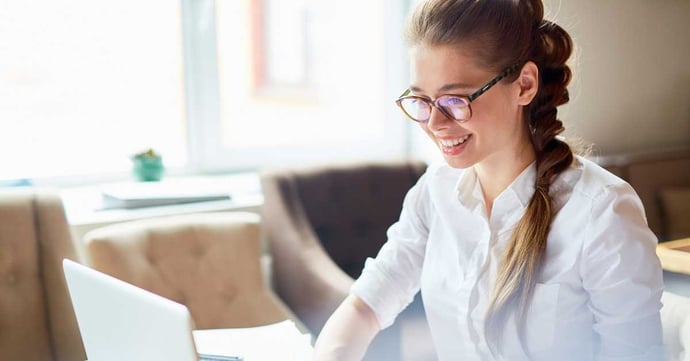 Ans: Collections are used in every programming language and initial java release contained few classes for collections: Vector, Stack,Hashtable, Array. But looking at the larger scope and usage, Java 1.2 came up with Collections Framework that group all the collections interfaces, implementations and algorithms. Java Collections have come through a long way with usage of Generics and Concurrent Collection classes for thread-safe operations. It also includes blocking interfaces and their implementations in java concurrent package. Some of the benefits of collections framework are:

Q3. What is the benefit of Generics in Collections Framework?

Ans: Java 1.5 came with Generics and all collection interfaces and implementations use it heavily. Generics allow us to provide the type of Object that a collection can contain, so if you try to add any element of other type it throws compile time error. This avoids ClassCastException at Runtime because you will get the error at compilation. Also Generics make code clean since we don’t need to use casting and instanceof operator. It also adds up to runtime benefit because the bytecode instructions that do type checking are not generated.

Q4. What is HashMap and Map?

Ans: Map is Interface which is part of Java collections framework. This is to store Key Value pair, and Hashmap is class that implements that using hashing technique.

Q5. What change does autoboxing bring to Collection?

Ans: Since we know that collection cannot store primitive types, only references. Before the introduction of autoboxing/unboxing in JDK5, if you wanted to strore primitive value like int in a collection, it had to be wrapped in an Integer class manually. While retrieving the value it had to be cast manually into its primitive type.
Collection still store only references but autoboxing/unboxing facilitate it to happen automatically, with no need to wrap it manually.

Q6. What are the basic interfaces of Java Collections Framework?

Q7. Difference between HashMap and HashTable? Compare Hashtable vs HashMap?

Ans: Both Hashtable and HashMap provide key-value access to data. The Hashtable is one of the original collection classes in Java (also called as legacy classes). HashMap is part of the new Collections Framework, added with Java 2, v1.2. There are several differences between HashMap and Hashtable in Java as listed below

Q8. What is for-each style loop?

Ans: Another feature which was added to Collection with JDK 5 is for-each style loop. Any collection which wants to be the target of the "for-each loop" statement has to implement iterable interface.
Using for-each loop is easier than constructing the iterator to iterate over the collection and can be used in most of the cases rather than using the iterator loop.
If you have a list of Strings, that can be iterated using for-each loop like this.
for(String city : cityList){    System.out.println("Name " + city);}

Q10. What is a diamond operator?

Ans: Although Map interface and it’s implementations are part of Collections Framework, Map are not collections and collections are not Map. Hence it doesn’t make sense for Map to extend Collection or vice versa.
If Map extends Collection interface, then where are the elements? Map contains key-value pairs and it provides methods to retrieve list of Keys or values as Collection but it doesn’t fit into the “group of elements” paradigm.

Q13. What is fail-fast property?

Ans: At high level - Fail-fast is a property of a system or software with respect to
its response to failures. A fail-fast system is designed to immediately report any failure or condition that is likely to lead to failure. Fail-fast systems are
usually designed to stop normal operation rather than attempt to continue a possibly-flawed process.
When a problem occurs, a fail-fast system fails immediately and visibly. Failing fast is a non-intuitive technique: "failing immediately and visibly" sounds like it would make your software more fragile, but it actually makes it more robust. Bugs are easier to find and fix, so fewer go into production.
In Java, Fail-fast term can be related to context of iterators. If an iterator has been created on a collection object and some other thread tries to modify the collection object "structurally", a concurrent modification exception will be thrown.
It is possible for other threads though to invoke "set" method since it doesn't modify the collection "structurally". However, if prior to calling "set", the collection has been modified structurally, "IllegalArgumentException" will be thrown.

Ans: Iterator interface provides methods to iterate over any Collection. We can get iterator instance from a Collection using iterator method. Iterator takes the place of Enumeration in the Java Collections Framework. Iterators allow the caller to remove elements from the underlying collection during the iteration.

Q15. What is ForEach statement added in Java 8?

Ans: Java 8 has added a functional style lopping to the Collections. Real advantage of this loop is when it is used on a stream with the chain of functional methods. If you have a Map<String, String> then it can be looped using ForEach statement like this -
Set<Map.Entry<String, String>> valueSet = cityMap.entrySet();
valueSet.forEach((a)->System.out.println("Key is " + a.getKey() + " Value is " + a.getValue()));

Q16. What is difference between Enumeration and Iterator interface?

Ans: Enumeration is twice as fast as Iterator and uses very less memory. Enumeration is very basic and fits to basic needs. But Iterator is much safer as compared to Enumeration because it always denies other threads to modify the collection object which is being iterated by it.
Iterator takes the place of Enumeration in the Java Collections Framework. Iterators allow the caller to remove elements from the underlying collection that is not possible with Enumeration. Iterator method names have been improved to make it’s functionality clear.

Q17. What is RandomAccess interface?

Q18. Why there is not method like Iterator.add() to add elements to the collection?

Ans: The semantics are unclear, given that the contract for Iterator makes no guarantees about the order of iteration. Note, however, that ListIterator does provide an add operation, as it does guarantee the order of the iteration.

Q20.  How can we make Hashmap synchronized?

Ans: HashMap can be synchronized by Map m = Collections.synchronizedMap(hashMap);

Q21. Why Iterator don’t have a method to get next element directly without moving the cursor?

Ans: It can be implemented on top of current Iterator interface but since it’s use will be rare, it doesn’t make sense to include it in the interface that everyone has to implement.

Q22. What is the difference between Collection and Collections?

Ans: Collection is an interface which is the root of the Collections framework, as you can see in question#2, List, Set and Queue are the interfaces that extend the Collection interface.
Collections is a utility class with static methods that operate on or return Collections. It provides several methods like sort, reverse, synchronizedCollection, binarySearch etc.

Q23. What is different between Iterator and ListIterator?

Q24. What all Collection classes are inherently thread-safe?

Q25. What are different ways to iterate over a list?

Q28. What do you understand by iterator fail-fast property?

Q29. How to make a Collection Class immutable?

Q30. What is difference between fail-fast and fail-safe?

Ans: Basic data structure used by ArrayList to store objects is an array of Object class, which is defined like -
transient Object[] elementData;
When we add an element to an ArrayList it first verifies whether it has that much capacity in the array to store new element or not, in case there is not then the new capacity is calculated which is 50% more than the old capacity and the array is increased by that much capacity (Actually uses Arrays.copyOf which returns the original array increased to the new length)

Q32. How to avoid ConcurrentModificationException while iterating a collection?

Ans: We can use concurrent collection classes to avoid while iterating over a collection, for example CopyOnWriteArrayList instead of ArrayList.Check this post for ConcurrentHashMap Example.

Q33. How to add elements to an ArrayList?

Q34. Why there are no concrete implementations of Iterator interface?

Q36. What is Unsupported Operation Exception?

Ans: Unsupported Operation Exception is the exception used to indicate that the operation is not supported. It’s used extensively in JDK classes, in collections framework throws this exception for all and operations.

Ans: In ArrayList any number of nulls can be added.

Q38. What is the difference between Sorting performance of Arrays.sort() vs Collections.sort() ? Which one is faster? Which one to use and when?

Ans: Many developers are concerned about the performance difference between java.util.Array.sort() java.util.Collections.sort() methods. Both methods have same algorithm the only difference is type of input to them. Collections.sort() has a input as List so it does a translation of List to array and vice versa which is an additional step while sorting.
So this should be used when you are trying to sort a list. Arrays.sort is for arrays so the sorting is done directly on the array. So clearly it should be used when you have a array available with you and you want to sort it.