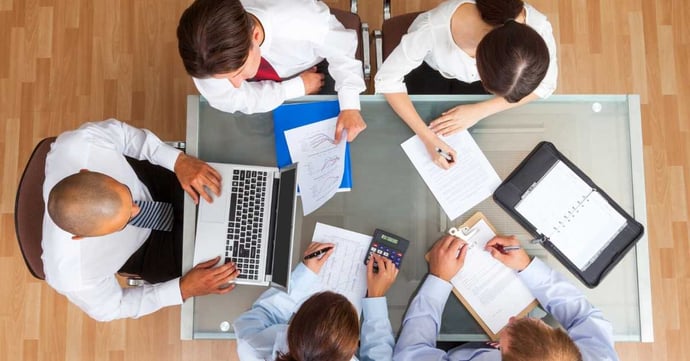 Ans: J2EE is a platform-independent, Java-centric environment from Sun for developing, building and deploying Web-based enterprise applications online. The J2EE platform consists of a set of services, APIs, and protocols that provide the functionality for developing multitiered, Web-based applications.

Ans: Java is a general purpose, high-level programming language developed by Sun Microsystems. The Java programming language was developed by a small team of engineers, known as the Green Team, who initiated the language in 1991. The language was originally called OAK, and at the time it was designed for handheld devices and set-top boxes. Oak was unsuccessful and in 1995 Sun changed the name to Java and modified the language to take advantage of the burgeoning World Wide Web.

Q3. How do you differentiate between Core Java and Enterprise Java?

Ans: Core Java is something that provides the API's like regular expression, String handling, collections. But enterprise java involves writing scalable, secure and per-formant applications which can have large user base.

Q4. What are the J2EE components used while creating an application?

Ans: - The J2EE components consist of the functional unit that is used in the application and all the classes of it are also will get used to communicate with various components.
- The J2EE is having several components like :

Q5. What is the purpose of web client in J2EE?

Ans: The web client is very important part and it has other two parts that defines the way it functions :

Q6. How is applet different from other technologies used in J2EE?

Ans: Applets are client application that is small in size and it is included in the web tier. It provides the tools to communicate with the users and allow the drawings to be made by using the graphical interface. The applets are written in Java language. This gets executed on the virtual machine used by the Java and installed on the web browser. The plug in required by the client system for the use of security policy that executes the application in the web browser successfully. The components use API keys for creating the web client programs and run the application on the client side. As, no security is allowed the files are not required on the client system. It presents more modular approach to design the application using applets.

Q7. What is the purpose of the Application Clients in J2EE?

Q8. What is the communication process of the application using the Java Beans?

Ans: JavaBeans components allow an object to be used to use the instance variables. The instance variables consist of get and set methods that are used on the server side to get the data information from the user and set it in the server. It provides lot of variations and elements can be used for the client tier. The client communicates through the business logic that is being provided by the server to run the applications. The web browser is used to communicate through the server by going through the pages that is being made and the transfer happens from the web tier. The J2EE application uses thin client or thick client that provides the lightweight and heavyweight functionality to the client and keep the load also to minimal on the server as well.

Q9. Explain the use of containers in J2EE.

Ans: Containers acts as an interface between a platform and a component that is at the low level and it provides the functionality that is supported by the component. Application clients get executed first and then the beans. It keeps the beans assembled at one place so that it can be used and deployed using the containers. The application consists of the components that are platform specific so the containers allow them to be bundled at one place and then used in the application just by giving the name and the path. The assembling of the beans requires the configuration settings to be seen for each component that is used inside the J2EE application or just by J2EE.

Q10. What are the Container settings that are being provided by the J2EE server?

Ans: J2EE server supports the customization of the server by providing the services like security, transaction management, Java naming directory and other services that can be used to provide the component based architecture.
There are different types of containers that exist :

Enterprise JavaBeans (EJB) container :
This is the container that manages the execution of the beans used for J2EE applications.

Q11. What are the models provided by the J2EE?

Q12. What are the difference between composition and inheritance in Java?

Composition - Composing object holds a reference to composing classes and hence relationship is loosely bound.
Inheritance - Derived object carries the base class definition in itself and hence its tightly bound. Q13. What are the tools contained in J2EE to help develop an application?

Q14. What are the tasks performed by J2EE enterprise Bean developer?

Ans: Enterprise Bean Developer platform uses many services for different components and it is always required that the task has to be mentioned such as:
- JAR file is an important file that consists of all the archived files and is used by the Java itself. It is used to perform the following tasks:

Q15.What are the tasks performed by J2EE web component developer?

Ans: Web Component Developer is related to the web services provided to the client for their use and functionality. The WAR file consists of the web component and performs various tasks on them.
The tasks that are performed as follows:

Q16. What is the procedure for the application assembler used in J2EE?

Ans: Application assembler is used to receive the application component from the client in a JAR file and then assembling of the file take place using the J2EE component facilities. Various functionalities are used to assemble the application components.
Assembler is also known as the deployed that is allowed to modify the deployment descriptor. The modification can be performed directly or by using the tool correctly that allow the XML tags to be modified using the graphical user interfaces.
The assembler works as:

Q17. What is the process of deploying and administrating the application?

Ans: The application deploying and administrating allow the user to configure and deploy the application components in the J2EE application. The administration of the computing can be done to find out the infrastructure that is being used. The networking resources are also included in this, which allows the server to get the configuration for it and allow the client to request the application that is required. It allows the applications to run in the environment that is provided. The models that are used in this include the transaction control, security control models that allow the specification to be provided for the use of database connection. This allow the communication be done between the different components.

Q18. What is the procedure to deploy the administrating policies for an application?

Ans: When the configuration that has to be applied is set then the content that is provided with it is used to resolve the dependencies that are coming from outside and allow user to modify the security setting and assign transactions parameters to make it more secure.
The steps that are involved in installing and configuring the J2EE application requires:

Q19. How is the J2EE API integration being performed?

Ans: The J2EE API allows the system and applications to integrate the components that are being provided with it.
It enables this by the following methods and ways:

Q20. What are the features that are provided by different components of J2EE?

Ans: J2EE provides a reference to all the components that it is using to allow an application deployment tool to be used for various purposes.
The deployment tool is used to assemble, verify, and deploy the J2EE applications.
These tools are used to automate the procedure of writing and compiling a code. The tools can be used using the command line or the graphical user interface.
The interface is used as graphical and allows configuring different components of the J2EE as :

Q21. What is the procedure to be followed to create a J2EE application?

Q22. What do you understand by the JTA and JTS in reference to J2EE?

Q23. Why is J2EE the choice for distributed multi-tiered Applications?

Ans: "equals" is the method of object class which is supposed to be overridden to check object equality, whereas "==" operator evaluate to see if the object handlers on the left and right are pointing to the same object in memory.

Q25. Explain the scenerios to choose between String , StringBuilder and StringBuffer ?

Ans: If the Object value will not change, use String Class because a String object is immutable.

If the Object value may change, and can be modified by multiple threads, use a StringBuffer because StringBuffer is thread safe(synchronized).

Interview Questions For Selenium with Java