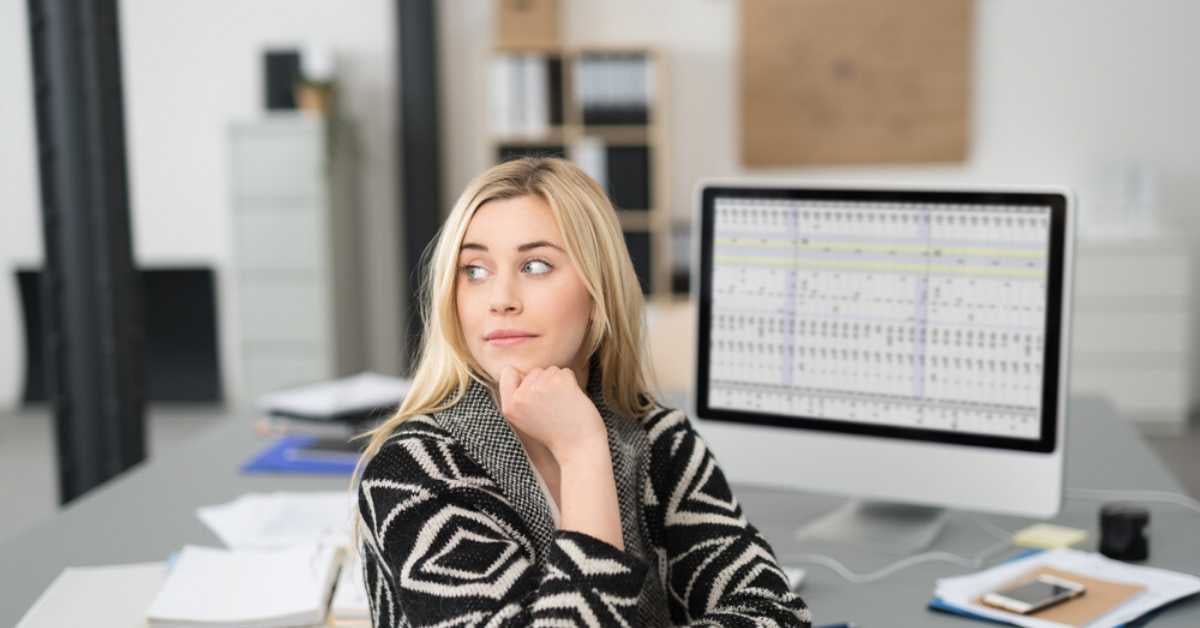 Ans: The Presentation layer consists of any input device that can be used to control SAP system. This could be a web browser, a mobile device and so on. All the central processing takes place in Application server. The Application server is not just one system in itself, but it can be multiple instances of the processing system. The server communicates with the Database layer that is usually kept on a separate server, mainly for performance reasons and also for security. Communication happens between each layer of the system, from the Presentation layer to the Database and then back up the chain.

Q2. What do you understand by work area and internal tables in ABAP? Why do we use it?

Ans: They are temporary memory areas that are used to store the data at run-time. Internal tables and work areas represents the instances of database tables.

Q3. What is use of transparent table in ABAP? How it is different from Pool tables?

Q4. Explain the use of insert and append statement in SAP ABAP?

Ans: Append statement is used to add a record at the end of internal table in work area.

Insert statement is used to add a record at specified location.

Q5. How memory management happens for internal tables and work areas in ABAP?

Ans: 8KB memory is allocated to internal table and work areas and it increases dynamically.

Q6. Why do we use TYPES statement in ABAP programming?

Ans: TYPES is used to pass user defined structure in an ABAP program.

Q7. What is the use of message command in a report? What are the different message types?

Q8. What is the use of lock objects?

Ans: Lock Object is a feature offered by ABAP Dictionary that is used to synchronize access to the same data by more than one program. Data records are accessed with the help of specific programs. Lock objects are used in SAP to avoid the inconsistency when data is inserted into or changed in the database. Tables whose data records are to be locked must be defined in a Lock Object, along with their key fields.

Q9. What is lock mechanism? How do we create lock objects in ABAP?

Ans: Following are the two main functions accomplished with the lock mechanism −

Q10. Why do we use logical blocks in ABAP program?

Ans: In SAP ABAP environment, modularization involves the organization of programs into modular units, also known as logical blocks. It reduces redundancy and increases program readability even as you are creating it and subsequently during the maintenance cycle. Modularization also enables reusability of the same code again.

Q11. What are the different types of ABAP reports in SAP?

Ans: There are 7 ABAP report types in SAP and are available in reports attributes screen.

Ans: A subroutine is a reusable section of code. It is a modularization unit within the program where a function is encapsulated in the form of source code. You page out a part of a program to a subroutine to get a better overview of the main program, and to use the corresponding sequence of statements many times.

Q13. What is the different between template and a table?

Ans: You can define table as dynamic and template as static.

Q14. What are the data classes in ABAP?

Ans: Below data classes exists in ABAP programming as per data type −

Q15. Which function modules can be used to transfer the data using BDC programming?

Q16. What is the use of ABAP data dictionary?

Q17. What is the different between ABAP and OOABAP? Why do we use OOABAP?

Q18. What are the different ABAP editors? What is the used of different editors in ABAP?

Q19. What is pretty printer?

Ans: It is used to format ABAP code.

Q20. Explain the difference between cluster tables and Pool table?

The data of several pooled tables are stored together as a table pool in the database.

Ans: SAP Smart Forms tool can be used to print and send documents. This tool is useful in developing forms, PDF files, e-mails and documents for the Internet. The tool provides an interface to build and maintain the layout and logic of a form. SAP also delivers a selection of forms for business processes such as those used in Customer Relationship Management (CRM), Sales and Distribution (SD), Financial Accounting (FI) and Human Resources (HR).

The tool allows you to modify forms by using simple graphical tools instead of using any programming tool. It means that a user with no programming knowledge can configure these forms with data for a business process effortlessly.

Q22. What is match code? How it is different from database index?

Ans: Match code objects can be built on cluster tables, transparent tables and pooled tables however a Database Index contains fields only from one table.

Q23. What is Change and Transport management system in SAP?

Ans: The Change and Transport System (CTS) is a tool that helps you to organize development projects in ABAP Workbench and in Customizing, and then transport the changes between SAP Systems and clients in your system landscape.

Q24. What is SAP memory and ABAP memory?

Ans: Web Dynpro (WD) for ABAP is the SAP standard user interface technology developed by SAP AG. It can be used in the development of web-based applications in the SAP ABAP environment that utilizes SAP development tools and concepts. It provides a front-end web user interface to connect directly to backend SAP R/3 systems to access data and functions for reporting.

Web Dynpro for ABAP consists of a run-time environment and a graphical development environment with specific development tools that are integrated in the ABAP Workbench (transaction: SE80).

Q26. What are the benefits of using Web Dynpro?

Ans: The use of graphical tools significantly reduces the implementation effort.

The layout and navigation is easily changed using the Web Dynpro tools.

Q27. In an ABAP program, to leave a program that you call?

Q28. What are data dictionary objects?

Q29. Where do you find data dictionary in SAP menu tree?

Ans: With SAP GUI open, you will be able find Data Dictionary in the SAP menu tree. This is done via the Tools menu. Open the ABAP Workbench and click the 'Development' folder, where the ABAP Dictionary can be found and double clicked. Alternatively, use the transaction code SE11.

Q30. To create a transparent table, which data dictionary object is selected?

Q31. To avoid writing duplicate write statement and to save time what can be done?

Ans: You can use concept of chaining statements

Q32. When you declare a variable in an ABAP program, what are the key points you should consider?

Ans: They must begin with a letter.

Can be a maximum size of 30 characters.

Cannot use a reserved word.

You want to insert an integer field containing value 1 to a character field, how this can be done?

Conversion rules are predefined logic that determine how the contents of the source field can be entered into a target field. If one attempts to insert an integer field containing the value of 1 to a character string. The built in conversion rules will determine exactly how this should be done without any syntax or runtime errors.

Ans: Data type C variables are used for holding alphanumeric characters, with a minimum of 1 character and a maximum of 65,535 characters. By default, these are aligned to the left.

Q34. What is the use of CONDENSE statement in ABAP programming?

Q35. What is the use of breakpoints table in ABAP programming?

Ans: This breakpoint table can be very useful when one is in a large program with many break points set. It allows one to review the breakpoint and allows for the removal of breakpoints which are no longer desired.

Ans: To access Web Dynpro runtime environment and graphical tools in ABAP workbench, you can use Transaction code: SE80

Q38. What are the benefits of using Web Dynpro?

Ans: You can easily maintain and reuse components for development.

Less implementation time as use of graphical tools.

You can easily change layout and navigation using graphical tools.

With use of data binding, you can use automatic data transport.

Ease of integration in ABAP environment.

Q39. What is MVC programming model in Web Dynpro?

Ans: Web Dynpro applications are based on MVC model, whereas −

This allows the access to back end data in a Web Dynpro application.

This is used to ensure the representation of data in a web browser.

This is used to control communication between Model and view where it takes input from users and get the processes data from model and displays the data in browser.

Q40. What is a view in Web Dynpro component?

Ans: Each Web Dynpro application contains at least one view and it is used to define layout of a user interface. Each view consists of multiple user element and a controller and context.

The controller is used to process user request and processing of data and context contains data to which elements of view are bound.

Q41. What is the use of inbound and outbound plug in Dynpro component?

Q42. Why do we use window in Web Dynpro application development?

Ans: In Web Dynpro, window is used to use multiple views or view sets. A view can only be displayed when it is embed in a view and a window always contain one or more views which are connected by navigation links.

Q43. Why do we use events and actions in Web Dynpro?

Q44. What is the URL of Web Dynpro application? How it is generated?

Ans: In a Web Dynpro application, url is automatically generate. You can find the URL of application in Properties tab. URL structure can be of two types −

Q45. How do you manage different object versions in a Web Dynpro application?

In an ABAP workbench, you can compare different versions of −

Q46. Can we store a version of abject without releasing it?

Q47. What is the use of messages in Web Dynpro?

Q48. What are the different scenarios that can be used to create interactive forms in Web Dynpro?