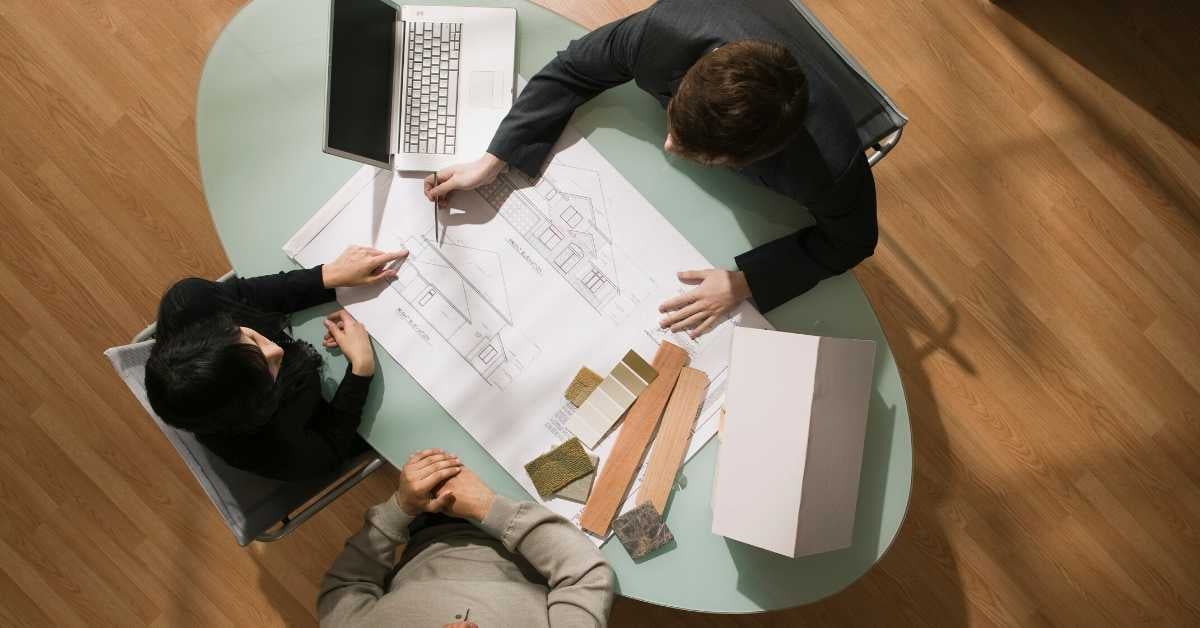 Q1. What Is Robotic Automation?

Ans: Robotic automation refers to a style of automation where a machine, or computer, mimics a human’s action in completing rules based tasks.

Q2. Explain The Characteristics Of Rpa?

RPA doesn’t require programming skills. Employees with any subject expertise can be trained to automate RPA tools instantly. The whole work revolves around RPA chart which provides a flowchart designer to graphically link, drag and drop icons to represent steps in a process.

RPA adoption originates within business operations rather inside IT departments. RPA projects require less IT skills and less investment. Eventually, the automation is lowered at a substantial rate.

Q3. What does Robotic Automation mean in the context of back office administrative process automation?

Ans: In the domain of back office administration, Robotic Automation refers to automation where a computer drives existing enterprise application software in the same way that a user does.

Q4. What Are The Popular Rpa Vendors?

Ans: RPA is constantly leveraging in the market world-wide. It is already being implemented by broad-range of industries. Enterprises now enjoy the freedom of optimizing costs and going up freeing their resources. This ultimately leads to new business visions in crowded marketplaces.

Q6. What are the advantages of robotically orchestrating existing applications through the user interface?

Ans: No IT infrastructure changes are required – there is no integration requirement – the robots interface with any application through the user interface in the same way a user does.

IT robots are “trained” by their users by being “shown” how to complete a task. This is akin to training a new employee.

A robot once trained can scale across any number of other robots.

The robot knowledge is extended and re-used over time.

A robot is trained in the live environment making projects less expensive and much faster than traditional IT.

Multiple robots applied to a task can be synchronised to deliver large-scale robotic platforms.

Q7. Is Robotic Automation like screen scraping or macros?

Ans: No, managerial Robotic Automation is a generation on from old technologies like screen scratching or macros. The major differences are: Robots are universal application orchestrators – any application that can be used by a man can be used by a present day robot, whether mainframe, bespoke application, legacy, web service enabled or even a close 3rd party API hosted service. Robots assemble procedural knowledge which after some time joins with a shared library that can re-used by some other robot or device. Applications are “read” by the robot, either through submitted APIs where they exist, through the OS before application appear, or through the screen with respect to the native application. In this last case the modern robot “reads” an application screen in context and in the same way a user does. As part of the robot training it is shown how to read the application’s display much like a user is shown.

Ans: Robotic Automation refers to process Automation’s where computer software drives existing enterprise application software in the same way that a user does.

Automation is a tool or platform that operates other application software through the existing application user interface.

Q9. How easy is it to train and manage the robots activity?

Ans: Blue Prism has incorporated many years of experience of integration and numerous technologies into its software. The technologies used are secure, reliable and robust. Instead of creating new adaptors for each unique application we have developed technology adaptors for all the technologies employed at the presentation layer, Java, Windows, Web, Green Screen/Mainframe and even Citrix.

This coupled with a wide range of dedicated tools that have been developed means that we are confident in being able to link any system with the click of a button. This proven application orchestration capability ensures that new processes can be rapidly designed, built and tested without any impact on existing systems.

As such BPMS is part of the core IT tool set, to which adjustments outside of configurable parameters to a solution normally require a traditional IT change-program. Most often connectivity between applications, and design work on how applications should be integrated against business requirements is a key skill that is required to operate BPMS effectively.

Such tasks can often tie clerical staff down for long stretches of time. Very often such tasks are small, possibly involving 5-10 people, and so do not justify large IT, or even BPMS, projects to automate.

The difference for robot automation is that no IT is required, and business users can “show” the robot what to do. The capability is therefore distributed to operations staff so as to divide-and-conquer many mid-to-small automation initiatives that would otherwise require people.

Ans: No, Robotic automation extends and complements BPMS and SOA initiatives which are attacking the automation challenge from a different, top down, IT driven angle.

This difference in scale is illustrated with the so called Long Tail of Automation Requirements. This says that core IT deals with the high volume bulk processing requirements an organisation may have.Typically, these are core ERP systems, mainframe accounting and core data bases. As we move towards the middle of the graph requirements become more specialist and diverse.This is where an organisation often differentiates its product and service offerings. Typical technologies here are workflow, desktop integration, BPMS, agent acceleration. These are large IT control programs that service to offer a platform for automation and work management.Finally we have the third section of Long Tail – these tasks are characterized by their diversity. Often they are too diverse to make an IT change program, and may be too small to justify IT project costs.Here traditional approaches have been to outsource, or offshore in order to adjust labour rates to make the task more competitive. Robotic automation offers an alternative to off shoring or outsourcing – presenting a new cost-band of labour based on robots.

Q14. What Is Process Studio?

Ans: A Blue Prism Process is created as a diagram that looks much like a common business flow diagram.

Processes are created in an area of Blue Prism named Process Studio which, as we will see, looks similar to other process modeling applications (such MS Visio) and uses standard flow diagram symbols and notation.

Q15. Is Robotic Automation a platform for rogue IT?

Ans: No – Robotic automation actually addresses rogue IT (i.e., disparate initiatives across the business that may create risks to business standards, continuity and brand quality).

Robotic automation addresses this issue on a number of levels:

Q17. How much does robotic automation cost?

Ans: A “fully loaded” office robot is approximately a 1/3rd the cost of globally sourced agents. The flexibility and ease of deployment means that this comparison is easy to maintain and judge the nest approach to a given tasks.

Q18. How Do I Get Started On Delivering Processes Using Blue Prism?

Ans: Blue Prism recommends a phased approach to getting started as the Operational Agility framework is eminently scalable. It is typical to target the configuration of between 1 and 10 processes initially with a rolling program of processes being introduced once the framework is established.

Q19. How do robots deal with human judgment?

Ans: Robots for now only follow rules. Where a procedure requires interpretation and skill in judging an outcome then a robot may not be suitable. One technique that is common is to re-organize task-steps so that any judgment is dealt with up front – the work is prepared for robotic automation. In this way robots can handle bulk rules and hand off to humans once judgment is needed.

Q20. What Support Do I Need From Blue Prism Professional Services?

Ans: It really depends on the skills you already have in house and the way you wish to work. Blue Prism can provide a full range of services from basic training, support and mentoring with a view to quickly getting your team independently delivering ongoing automation's, right through to a full turnkey package where we will take responsibility for delivering business benefit within agreed service levels.

Q21. How does the approach fit with the enterprise architecture?

Ans: Office Robot Automation sits outside the enterprise architecture. This gives it portability and speed. Its self-contained nature means it can be applied anywhere.

However, its independence is not a cause of isolation; robotic automation can be used as a fast-prototyping of automation requirements developed by end-users. Once operational then the robot procedures offer full requirements and templates for traditional IT change program.

This has the crucial advantage that business requirements are explicit, MI is already captured and planning can be adjusted based on live experience.

Ans: Automation process can be designed within IT Governance

High level Robustness because of .NET customized code within the process automation (Tool is capable of doing all the activities whatever can be done using .NET)

Q23. What type of processes are suitable for this style of automation?

Ans: Best projects for robot automation are bulk repetitive rules based procedures. The flexibility of the robotic automation platform is such that it does not matter if this involves interaction with multiple systems. You can see example processes that have built by our customers with our support in the Industries section of the website.

Q24. How Long Until My Team Are Self-sufficient In Developing Automated Processes?

Ans: The initial 3 day training course provides the basic knowledge required to begin creating automated processes. Candidates can expect to achieve full accreditation within the time frame of the project for the initial Operational Agility framework creation. During this time the trainees are delivering automated processes into the production environment therefore generating business benefit.

Q25. How long does a robot automation project take?

Ans: Typical projects are measured in weeks. One heuristic is that it takes as long to train a robot as it does a human. Complex new task will take longer depending of the level of object re-use available.

Q26. What Is The Difference Between Thin Client And Thick Client?

Ans: Thin client is any application that we cannot get the attribute properties while spying using any RPA tools. For eg , Citric or any virtual environment.

And thick client is any application that we get pretty handful of attribute properties using RPA tools eg calculator, Internet explorer

To gain in-depth knowledge and be on par with practical experience, then explore RPA Training Course.

Q27. Does the approach require a specialist development environment?

Before active-commit the robot is monitored through all its procedural steps with MI and monitoring tools to validate the procedure. The first stage of go-live can be set on “trickle” speed to ensure that procedures are acting according to requirements. Once output is cleared the process can be “accelerated” to mass automation speed.

Ans: Blue Prism’s digital workforce is built, managed and owned by the user or customer, spanning operations and technology, adhering to an enterprise-wide robotic operating model.

It is code-free and can automate any software.

The digital workforce can be applied to automate processes in any department where clerical or administrative work is performed across an organization.

Q29. I can think of plenty of processes that could be automated using robotic automation – how do I select the right ones?

Ans: The Blue Prism process automation candidate selection methodology provides the mechanism to identify the candidate landscape across chosen sections of the enterprise.

A sophisticated scoring profile is applied to criteria such as case volumes, average handling time, right first time targets, customer service levels and timeframe for delivery of an IT solution through the existing change list.

Q30. How long does it take to establish the Operational Agility framework?

Ans: The average time to establish the initial Operational Agility framework is between 4 and 12 weeks from project initiation.