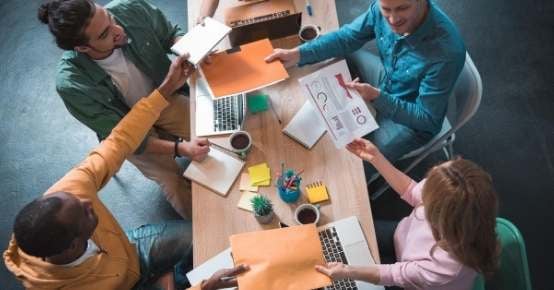 Ans: Angular 8 is the latest version by the Angular community. It is the most prominent client-side TypeScript based framework that is mainly used to create dynamic web applications. Angular 8 is very much similar to the previous version of Angular but has some more added features. You can even upgrade your Angular CLI to Angular version 8 very easily.

Ans: It supports TypeScript 3.4. All the angular 8 applications now need TypeScript 3.4 to run. It now supports the Web worker class. It frees the main thread to update the user interface while it facilitates the CPU intensive computations in the background thread.

It has a new compiler called Ivy rendering engine and a new build system called Bazel. It has features that enable you to build a CLI application more quickly.

With Angular 8, you can facilitate dynamic import syntax instead of lazy-loaded modules. Angular 8 now also has an improved ngUpgrade.

Ans: Angular CDK consists of tools, services, components, classes, and modules that are used by the developers to build components of the web. It represents an abstraction of the functionalities in the Angular material themes. So, it can be used to leverage the features of the Angular Material without adopting the material design language.

Q6. What Are Components in Angular?

Ans: Components are the most basic building block of a UI in Angular applications and it controls views (HTML/CSS). They also communicate with other components and services to bring functionality to your applications.

Technically components are basically TypeScript classes that interact with the HTML files of the components, which get displayed on the browsers.

The component is the core functionality of Angular applications but you need to know to pass the data into the components to configure them.

Angular applications must have a root component that contains all other components.

Ans: Ivy in Angular version 8 is considered as the Rendering Engine. It was released in Angular 8 as Opt-in. It has opted as the code name for Angular’s next-generation rendering pipeline and compilation. By default, Ivy is intended to be the rendering engine in Angular 9

Templates are embedded as code within their components so there is no client-side request for template files.

You don't download the Angular compiler, which is pretty big on its own.

The compiler discards unused Angular directives that a tree-shaking tool can then exclude.

Q9. What Are Angular Directives?

Ans: The directives allow you to attach behavior to DOM elements and the at directive decorator provides you additional metadata that determines how directives should be processed, instantiated, and used at run-time.

Q10. In Angular, how can you interact between Parent and Child components?

Q11. Which command is used to run and load the Angular App?

Ans: The command ng serve is used to run and load the Angular App.

Q12. What is the purpose of the Wildcard route?

Ans: If the URL doesn't match any predefined routes then it causes the router to throw an error and crash the app. In this case, you can use a wildcard route. A wildcard route has a path consisting of two asterisks to match every URL.

Q13. What is the sequence of Angular Lifecycle Hooks?

Q14. What are the utility functions provided by RxJS?

Q15. What is NgUpgrade in Angular8?

Q16. What are NgModules in Angular8?

Ans: The NgModule provides a bootstrap mechanism to launch different applications. Commonly, every Angular App contains many functional modules to do things. The key features of Angular 8 modules are as follows:

Q17. What modules should you import in Angular to use [(ngModel)] and reactive forms?

Q18. Which commands are used to install the latest version of Angular CLI?

Ans: The npm install -g @angular/cli@latest is the command which is used to install the latest version of Angular CLI.

Q19. What is the use of the ngSwitch directive in Angular8?

Ans: It is also a Structural directive present in Angular Version 8. The ngSwitch directive is mainly used to add or remove HTML DOM elements. It is much similar to the switch statement of C#. This directive is applied to a container element with the help of a switch expression.

Q20. What are the basic parts of an Angular application?


Q21. Why do we need template-driven forms in Angular8?

Q22. How would you approach solving (some problem) on a high level?

Ans: The problem should be directly related to the work the candidate will actually be doing. You aren‘t looking for a perfect answer or even necessarily a correct answer. Instead, listen to how they approach solving a problem, their ability to break a problem down into parts, and if they can anticipate problems.

Q23. What is the difference between Angular 7 and Angular 8?

Ans: Angular 7 is difficult to use and Angular 8 is easier to use