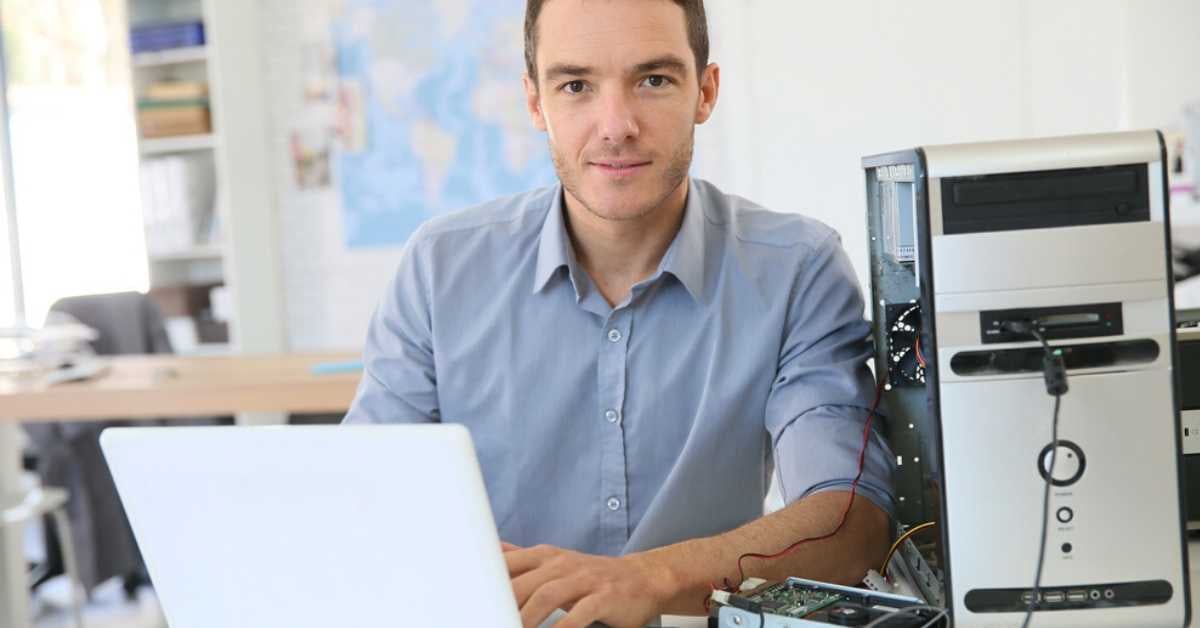 Q1. What are the differences between a domain and a workgroup?

Ans: In a domain, one or more computer can be a server to manage the network.
On the other hand in a workgroup all computers are peers having no control on each other.
In a domain, user doesn't need an account to logon on a specific computer if an account is available on the domain.
In a work group user needs to have an account for every computer.
In a domain, Computers can be on different local networks.
In a work group all computers needs to be a part of the same local network.

Q2. What are the personal characteristics of a system administrator?

Ans: System administrators are experts at handling hardware and software. They are quick with both their hands and their head. They can work alone, but they know when and how to communicate with others, whether to report problems, learn information needed to fix problems, or instruct employees regarding technical issues.

Q3. What is PPP protocol?

Ans: Point to Point protocol helps communication between 2 computers over a serial cable, phone line or other fiber optic lines. E.g. Connection between an Internet Service Provider and a host. PPP also provides authentication. PPP operates by sending Request packets and waiting for Acknowledge packets that accept, reject or try to change the request. The protocol is also used to negotiate on network address or compression options between the nodes.

Q4. What are Ping and Tracert?

Ans: Ping and tracert are the commands used to send information to some remote computers to receive some information. Information is sent and received by packets. Ping is used to check if the system is in network or not. It also gives packet lost information. In windows ping command is written as ping ip _address.
Tracert is called as trace route. It is used to track or trace the path the packet takes from the computer where the command is given until the destination. In windows ping command is written as tracert ip_address .

Q5. What is IP Spoofing and how can it be prevented?

Ans: IP spoofing is a mechanism used by attackers to gain unauthorized access to a system. Here, the intruder sends messages to a computer with an IP address indicating that the message is coming from a trusted host. This is done by forging the header so it contains a different address and make it appear that the packet was sent by a different machine.
Prevention:-Packet filtering: - to allow packets with recognized formats to enter the network Using special routers and firewalls.
Encrypting the session

Q6. What experience do you have with hardware components?

Ans: Installation and replacement are some of the most frequently performed operations with hardware. Sometimes a system administrator might need to rebuild a hardware component.

Q8. Where is the AD database stored?

Ans: The AD database is stored in C:\Windows\NTDS\NTDS.DIT.

Q9. What are NETBIOS and NETBEUI?

Ans: NETBIOS is a programming interface that allows 1/0 requests to be sent to and received from a remote computer and it hides the networking hardware from applications. NETBEUI is NetBIOS extended user interface. A transport protocol designed by Microsoft and IBM is for the use on small subnets.

Q11. What is the SYSVOL folder?

Ans: The SYSVOL folder stores the server copy of the domain’s public files that must be shared for common access and replication throughout a domain.
All AD databases are stored in a SYSVOL folder and it’s only created in an NTFS partition. The Active Directory Database is stored in the %SYSTEM ROOT%NDTS folder.

Q12. What is Garbage collection?

Ans: Garbage collection is the online defragmentation of the Active Directory which happens every 12 hours.

Ans: Resource Reservation protocol is used to reserve resources across a network. It is used for requesting a specific Quality of Service (QoS) from the network. This is done by carrying the request (that needs a reservation of the resource) of the host throughout the network. It visits each node in the network.
<>p RSVP used two local modules for reservation of resources. Admission control module confirms if there are sufficient available resources while policy module checks for the permission of making a reservation. RSVP offers scalability. On a successful completion of both checks RSVP uses the packet classifier and packet scheduler for the desired Qos requested.

Ans: Frame relay is high-speed data communication technology that operates at the physical and data link layers of the OSI model.Frame relay uses frames for data transmission in a network.

Q16. What are Lingering Objects?

Ans: A lingering object is a deleted AD object that still remains on the restored domain controller in its local copy of Active Directory. They can occur when changes are made to directories after system backups are created.
When restoring a backup file, Active Directory generally requires that the backup file be no more than 180 days old. This can happen if, after the backup was made, the object was deleted on another DC more than 180 days ago.

Q17. Why should you not restore a DC that was backed up 6 months ago?

Ans: When restoring a backup file, Active Directory generally requires that the backup file be no more than 180 days old. If you attempt to restore a backup that is expired, you may face problems due to lingering objects.

Q18. Explain the concept of DHCP.

Q19. What role do characteristics such as assertiveness and problem solving play in the career of a system administrator?

Ans: Analytical thinking and problem solving is crucial to be able to analyze software or hardware malfunction. They are also necessary to be able to improve or upgrade systems so that they suit company needs. Assertiveness also plays a role because administrators have to make decisions. They decide on solutions, security measures, and things like system upgrades.

Q20. What are main Email Servers and which are their ports?

Ans: Email servers can be of two types: