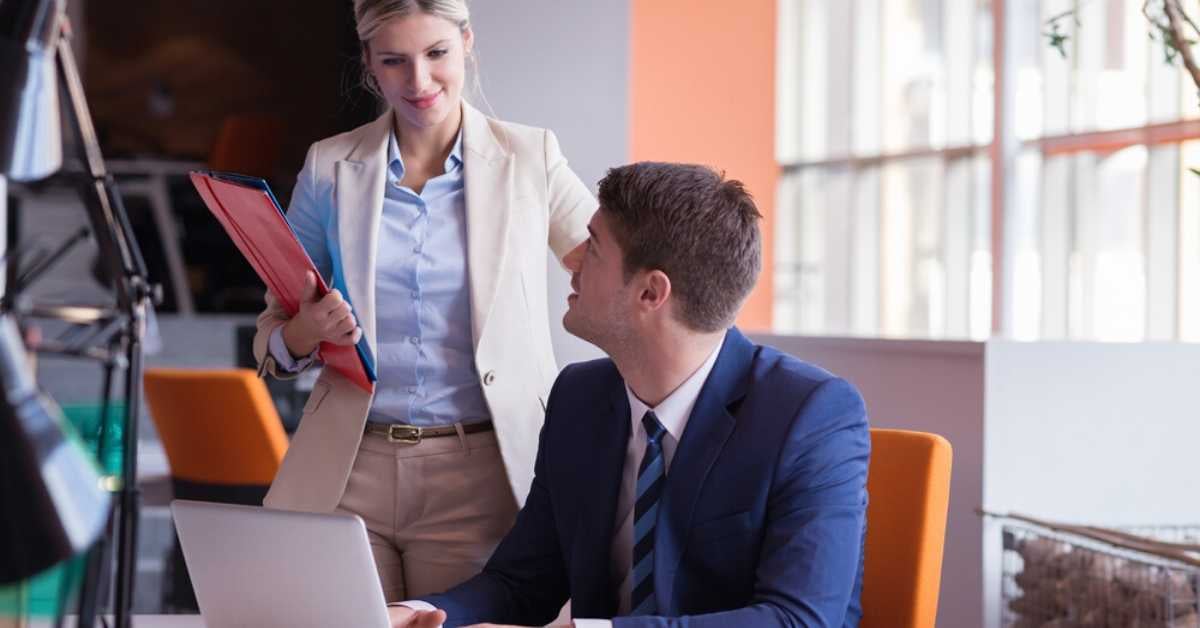 Q1. What Is Weblogic?

Q2. What is domain in WebLogic ?

Ans: Domain is a group of WebLogic server resources like admin server, managed server, jms,connection pool, data sources etc or whatever the resource you know of WebLogic server.  since domain is the basic unit you have to create after installation and everything created and configured under a domain.

There can only be one administration Server in domain and zero to N Managed Server.

Q3. What are the Basic Components Of Weblogic Server?

Ans: These are the basic weblogic components

Q4. What Is The Server

Ans: A server is an instance of weblogic.Server executing in a Java Virtual Machine (JVM).

Q5. What is Administration Server ?

Q6. What Is The Managed Server?

Q7. How Many Types You Configure Managed Server In Weblogic Server?

Q8. What Is Node Manager?

Q9. How Administration Server And Managed Servers Will Interact?

Q10. What Are The Supported Installation Modes For Weblogic Server

Q11. What Is The Default Port Of Weblogic Admin Server?

Ans: By default weblogic admin server configured on port 7001 and SSL is on 7002.

Q12. What Is Boot.proerties File In Weblogic Server?

Ans: boot.properties is the file used by admin or managed server during startup for username and password. it exist under your domain/servers/server_name/security folder.

Ans: Config.xml is the central configuration repository for a domain. every resource you have configured from admin console or by command line or by any other tool registered under this file.WLS 9.x onwards, this file contain references to other xml configuration files also those are under your domain/config folder ( further sub folder under it for respective resources ).

Q15. How Do I Provide User Credentials For Starting Weblogic Server?

A WebLogic Server instance can refer to a boot identity file during its startup process. If a server instance does not find such a file,it prompts you to enter credentials.

Q16. Can We Start A Managed Server If The Administration Server Is Unavailable?

Q17. What Is A Weblogic Server Cluster?

A cluster appears to clients to be a single WebLogic Server instance. The server instances that constitute a cluster can run on the same machine, or be located on different machines.

Each server instance in a cluster must run the same version of WebLogic Server.

Q18. How To Change From Development Mode To Production Mode In Weblogic 10.3?

Ans: To change Weblogic start up mode from DEV to production. One way to change it is, by simply editing setDomainEnv.cmd which resides in $root_domain/bin folder.

2. Save your changes and exit the text editor

Q19. What Is The Advantage Of Clustering?

Scalability :  The capacity of an application deployed on a WebLogic Server cluster can be increased dynamically to meet demand. You can add server instances to a cluster without interruption of service — the application continues to run without impact to clients and end users.

Load balancing : The ability to distribute requests across all members of the cluster, according tothe workload on each server.

High availability : A mix of features that ensure applications and services are available even if aserver or machine fails.Clients can continue to work with little or no disruption ina highly available environment. WebLogic achieves high availability using acombination of features: replication, failover, and migratable services.

Ans: Secure Sockets Layer (SSL) provides secure connections by allowing two applications connecting over a network connection to authenticate the other's identity and by encrypting the data exchanged between the applications. Authentication allows a server and optionally a client to verify the identity of the application on the other end of a network connection. Encryption makes data transmitted over the network intelligible only to the intended recipient

Q21. How Does A Cluster Relate To A Domain?

Q22. How To Know Weblogic Version?

Ans: In the WebLogic console, in the left navigation tree, click on "Environment", then "Servers". Then click on one of the servers in the list. Then click on the "Monitoring" tab. Look at the "WebLogic Version" field.

Q23. What Is Multicast And Unicast In Weblogic?

Ans: Mulicast : Multicast is easier to explain over Unicast. Multicast is a broadcast UDP option for sending a packet/announcement over to a group that is listening on a specific multicast address and port over which the announcement is sent.There is a defined range for valid Multicast address (224.0.0.1 to 239.255.255.255). Everyone listening on the given address hears the announcement just like following a Twitter post. Some limitations with Multicast is the TTL (time to live) across machines/subnets/routers needs to be adjusted and the routers configured to retransmit the multicast packet across subnet.

Unicast : Unicast is more of a point to point UDP option to send the packet to a specific member and not everyone. That way, unicast is more of a private conversation between two individuals while multicast is more of a shout to a group or room. Both are UDP based, so there can be losses unlike TCP that handles retransmissions on message loss. But Unicast can span across routers and does not have to worry about TTL without the everyone hearing the announcement. So, Network Admins in general prefer to go with Unicast over Multicast for these reasons

Q24. What Is Horizontal And Vertical Clustering?

Ans: There are two method of clustering Horizontal and Vertical.

Horizontal clustering : involves running multiple Java application servers that are run on two or more separate physical machines.Horizontal scaling is more reliable than vertical scaling, since there are multiple machines involved in the cluster environment, as compared to only one machine

Vertical clustering: however, consists of multiple Java application servers on a single physical machine.With vertical scaling, the machine's processing power, CPU usage, and JVM heap memory configurations are the main factors in deciding how many server instances should be run on one machine.

Q25. How Do You Set The Classpath?

Ans: WebLogic Server installs the following script that you can use to set the classpath that a server requires:

Q26. What Is The Msi Mode In Weblogic? How Can You Enable And Disable This Option?

Q27. How Many Way To Start And Stop Weblogic Servers?

Ans: There are many ways to start & stop weblogic Admin and managed servers:

You can start and stop Admin Server using :

3) From startup option on windows

4) WLST with or without node manager

You can start managed servers using :

5) java weblogic.server command( The weblogic.Server class is the main class for a WebLogic Server instance )

Q28. How Does A Server Know When Another Server Is Unavailable?

Q29. How Do You Differentiate Between A Server Hang And Server Crash Issue?

Ans: When a Server crashes, the JAVA process no longer exists. When the Server is hung, it stops responding.We can use the WebLogic .ADMIN utility to ping the server. In case of a hang situation we can take multiple thread dumps and analyze the cause of han

Q30. How Are Notifications Made When A Server Is Added To A Cluster?

Q31. How Do I Turn The Auto-deployment Feature Off?

Ans: The auto-deployment feature checks the applications folder every three seconds to determine whether there are any new applications or any changes to existing applications and then dynamically deploys these changes.

The auto-deployment feature is enabled for servers that run in development mode.

To disable auto-deployment feature, use one of the following methods to place servers in production mode:

=>In the Administration Console, click the name of the domain in the left pane, then select the Production Mode checkbox in the right pane.

=>At the command line, include the following argument when starting the domain’s Administration Server:

Production mode is set for all WebLogic Server instances in a given domain.

Q32. How Managed Servers Communicate With Each Other?

Q33. What Is A Thread Dump? How Will You Take In Unix/linux And Windows?

Ans: A Java thread dump is a way of finding out what every thread in the JVM is doing at a particular point in time. This is especially useful if your Java application sometimes seems to hang when running under load, as an analysis of the dump will show where the threads are stuck.

Q35. What Is Core Server Tuning?

Q36. How Many Weblogic Servers Can Be Held Inside A Multi-processor Machine?

Ans: There is no limitation for the number of servers

Q37. What Is A Stage Deployment?

Ans: Stage deployment is a kind of process in which the admin gets a physical copy which is distributed to the other instances.

Q38. What Is The Name Of Default Jvm That Is Made Used For Weblogic?

Ans: The sun hotspot JDK default is made used for development, JRockit is the one used for production of WebLogic 11g as well as 12c. Operating system is another factor that helps in choosing the certified JDK JVM.

Q39. Explain The Methods For Providing User Credentials For Starting The Server?

Ans: At the time of the creation of domain, the wizard for setting configuration asks for the details like user name, password etc. from the user who is logging in for the first time as an administrator. If the domain is created in development mode, the configuration wizard saves the encrypted password as well as the username inside an identity file. This file is available for reference during the time of booting so that in the absence of this file, system can prompt the user for the purpose of entering credentials. A new boot – identity file can be created if you want to change the use credentials or else if you are having the requirement of creating domain in the production mode.

Q40. Is There Any Possibility For Starting Managed Server During The Absence Of Administrator Server?

Q41. How You Deploy Your Applications On Weblogic Server?

Ans: These are the types.

Q42. What Are Stating Modes Are Available In Weblogic Server ?

Ans: There are three starting modes are available:

Q43. What Is The Purpose Of Clustering?

Ans: The major goal of performing the process of clustering is to make high scalability as well as availability of the servers possible. This process also helps in balancing the load in a proper manner and also accomplishes failover.

Q44. How Can Cluster Communication Occur?

Ans: The communication through cluster is made possible by the multicast IP as well as port by the process of sending periodic messages which are normally called as heartbeat messages.

Q45. How Do Stubs Function Inside Weblogic Server Cluster At The Time Of Failure?

Ans: Stubs perform the process of removing the failed instance from the list whenever there is a failure. The stub usually makes use of DNS for finding the running server and also for obtaining the list of the instances that are currently available with the application. List of the instances available with the server inside cluster gets periodically refreshment and allows in acquiring advantages associated with new servers. The advantages are gained as the server gets added to the cluster.

Q46. What Are The Capabilities Of Weblogic Server?

Ans: There are various capabilities associated with WebLogic server and they are

Q47. What Is Non-stage Deployment?

Ans: There is no copy in the administrator but each and every server needs to contact the source directly for getting the item to be deployed.

Q48. How Can Port Number Be Checked?

Ans: Port number can be checked by using netstat-na|grep connected

Q49. What Are The Various Types Of Weblogic Installations?

Ans: The WebLogic installation usually occurs in three different modes which are:

Ans: Clustering is the process of grouping the servers together for accomplishing high percentage of scalability and availability.