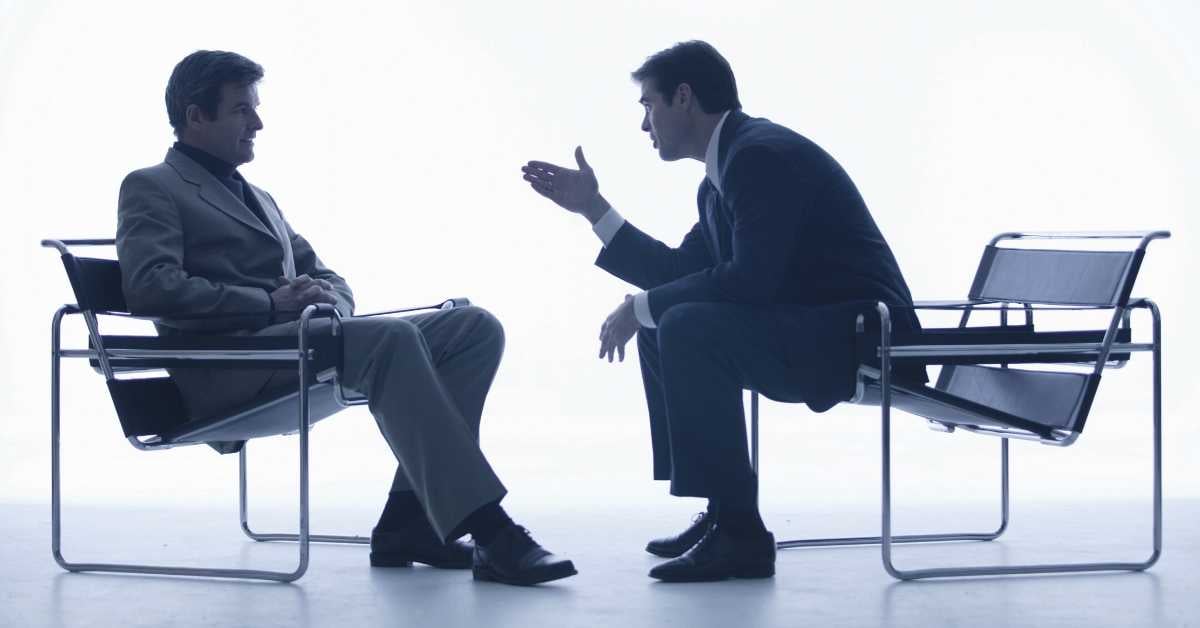 Q2.  What is the difference between Developer Trace, System Log and System Trace?

For problem analysis and system monitoring Developer trace or System log is used.

Q3. In a situation where My SAP system is down (Users unable to login to SAP system), how to analyze the problem?

Q4. What is private mode?

Ans:In private mode, the heap data is exclusively allocated by the user and is no more shared or available across the system. This occurs when your extended memory is exhausted.

Ans:Two users “OPS$adm” and “OPS$SAP” Service are created in your SAP system and to connect and communicate with database internally this user mechanism is used.

Q6. What are the different types of RFC and explain what Transactional RFC is?

Ans: RFC (Remote Function Call) is a mechanism to communicate and exchanging the information between other SAP systems.  There are four types of RFC’s system

Transactional RFC ( T RFC ) :  This type of RFC is similar to asynchronous RFC, but by allocating a transaction ID (TID) it makes sure that the request sent multiple times due to an error must process only for once.  In T RFC the remote system does not have to be available at the moment unlike asynchronous RFC.

Q7. What is OCM and how to apply OCM Patches?

Q8. How to perform a SAP-export and import tables in SAP from OS level?

Ans: To export or import tables in SAP from OS level you have to follow three steps and by using R3trans utility in SAP
Step 1: Collect all list of tables to be exported
Step 2: Check whether enough disk space is available in the directory where you going to export.
Step 3: Create two control files for R3trans which will be used for import and export.

Q9. What is the difference between – support package, kernel and SAP note?

Ans: SAP Note: An error in a single transaction or program is removed by implementing a SAP note.
Kernel: Kernel contains the executable files (.EXE) like other applications and when a Kernel upgrade is done a new version of the EXE file replaces the older versions.
Support Package: SAP support packages is a bunch of corrections, this can be used by applying transaction SPAM

Q10. How can you find the list of objects that have been repaired in the system?

Ans: The list of objects that have been repaired can be found in the system having ADIRACCESS keys.

Q11. What is the purpose of table TADIR?

Q12. Is it possible to install SAP patches when other users are online?

Ans: When other users are online we can’t install SAP patches, as support manager will not be able to update and it will terminate it. So it is always feasible to better apply support packs when there is no users login into the system.

Q13. Mention what is the difference between SDM and JSPM?

Ans: JSPM ( Java Support Package Manager) is used to apply support packages on deployed software components.  In other words it’s a tool that allows you to install the components and support packages.
SDM ( Software Delivery Manager) is used for importing Java Support Packages.  To deploy and manage software packages received from SAP,  SDM tool is used.
JSPM uses SDM for the deployment purpose

Q14.   What is the procedure to disable import all option from STMS in SAP?

Ans: To disable import all option from STMS in SAP, steps are:

Q15. Mention the use of personalized tab and parameter tab in user master record?

Ans: Parameter Tab: It will allow access to assign T-code on which one has to work
Personalization Tab: It is required for RFC connection between systems other than user personal information Q16. What is the different type of users in SAP?

Ans: Different types of users in SAP are

Q17. Explain what is the use of reference and service user in SAP?

Q18. Explain how you can restrict multiple logins of user in SAP? What are the thing you have to take care of while writing the ID’s?

Ans: To restrict multiple logins you have to set the parameter as

Parameter should set in RZ10

While writing the user ID’s things to be taken care are, list the user IDs separated by commas “..” , between user IDs do not leave space characters and to see the changes restart the R/3 instance.

Status of a WP at OS level can be checked by executing dpmon.

Ans: Logon groups can be defined using the Tcode smlg. In order to do that you have to create the group and then assign the instances for that particular group.

Q22. What are the tools to install JAVA patches?

Ans: To use the JAVA patches , SAP installer (SAPinst.exe) is employed.  SDM and JSPM are the latest versions of tools used to deploy Java Patches.

Q24. At O.S level where to check for system logs of SAP application?

Q25. Explain what is LUW (logical unit of work)?

Ans: A list of steps among t-code in known as logical LUW

Q27. Explain what are the functional modules used in sequence in BDC?

Ans: Using BDC programming a data can be transferred successfully.  There are 3 functional modules which can be used in a sequence.

Q28. Explain what is an “OK” code is and what is the difference between “t-code” and “OK” code?

Ans: An “OK” code is used by a program to execute a function for example after a push button has been clicked.
Transaction code or “t-code” is a “shortcut” that helps a user to run a program.

Q29. Explain how client refresh is different than client copy?

Ans: Client refresh is overwriting or copying to existing client, while copying the newly created client is called client copy.

Q30. What is a background processing batch scheduler?

Ans: To check the schedule background jobs and to execute them parameters like rdisp/btctime is used. These parameters define background processing batch scheduler.

Q31. Explain what is SAP IDES?

Q32. Explain what is the purpose of TDEVC ?

Ans: The purpose of TDEVC contains development classes and packages.

Q33. How many types of work processes are there in SAP ?

Ans: There are seven types of work processes they are:

Ans: Application Server takes the request from the user and if the request requires data then it connects to the database server and gives output.

Q35. What is process for applying patches?

Ans: Process for applying patches are:

Q36. How to perform the transport?

Ans: Transport can be done through STMS_IMPORT or through FTP.

Q37. What are the types of transport queries?

Q38. Explain what is business KPIs ?

Ans: Business KPIs are Key Performance Indicators.  It indicates the performance of a company at a strategic level. They help in leading the company on the desired track by comparing company’s  previous performance with the market leaders in the same market.

Q39. Explain what is the importance of table T000?

Ans: Table T000 contains a list of defined clients, where we can maintain transaction code SCC4.

Ans: SAPS stands for SAP Application Performance Standard, which is a hardware independent unit which describes the performance of a system configuration in SAP environment.

Q41. Mention what is the difference between Central Instance & Application Server?

Q42. In what ways you would know whether a system is Unicode or Non-unicode?

Ans: By code sm51 t-code we can see whether it is Unicode or non-unicode.  In this code we can find the release notes button in the application tool bar if you click on that you can see the total information like Database, Kernel version, Unicode or non- Unicode.

Q43. In SAP basis what are the different types of transport requests?

Ans: Four types of transport requests are there

Q44. What is logical system? How to create and why?

Ans: For communication between systems within the landscapes logical system is required.   It enables the system to recognize the target system as an RFC destination.
TCODE used is SPRO

Q47. How can you view locked transactions?

Ans: To view locked transactions you need to look in field CINFO, table TSTC.  Within SAP you can either use SE11 or SE16 to browse the table contents.  Make sure that you enter “A0” as the “HEX01 data element for SYST” starting value and “A9” as the ending value.  This will list all the transactions locked in the system.

Ans: OK code is used by a program to execute a function for example after a pushbutton has been clicked.  A transaction code is a “shortcut” that helps a user run program.

Q49. How you can disable the ‘Import All’ button on STMS for the queues?

Q50. How you can apply SAP notes to SAP system?

Q51. Mention what is the purpose of table USR02?

Q52. What is the difference between kernel replacement and support package?

Ans: Kernel replacement is the replacement of the SAP executable on the OS level, while support package contains fixes to the ABAP code within a SAP instance.

Q53. Which are the most frequent errors encountered while dealing with TRANSPORTS ?

Q54. How will go about doing a client copy ?

Ans: You can do a client copy using the SCCL transaction

Q55. List the difference between asynchronous and synchronous transport -

Q55. How will determine whether your SAP server is Unicode or ASCII ?

Ans: Go to SM51 , Click Release Notes. Entry corresponding to ICU Version will tell you whether your system is ASCII or Unicode.

Ans: There are 4 types of transport requests in SAP -

Q57. What is the difference between Consolidation and Development route ?

Q58. How will you define logon groups ? What is Load Balancing in SAP ?

Ans: You can set the logon group using SMLG transaction.

Q59. What is supplementation language ?

Ans: NO . SAP is not a database but it uses databases from other vendors like Oracle. Although SAP has recently released its own database HANA

Q61. Which transaction do you use to check Buffer Statistics ?