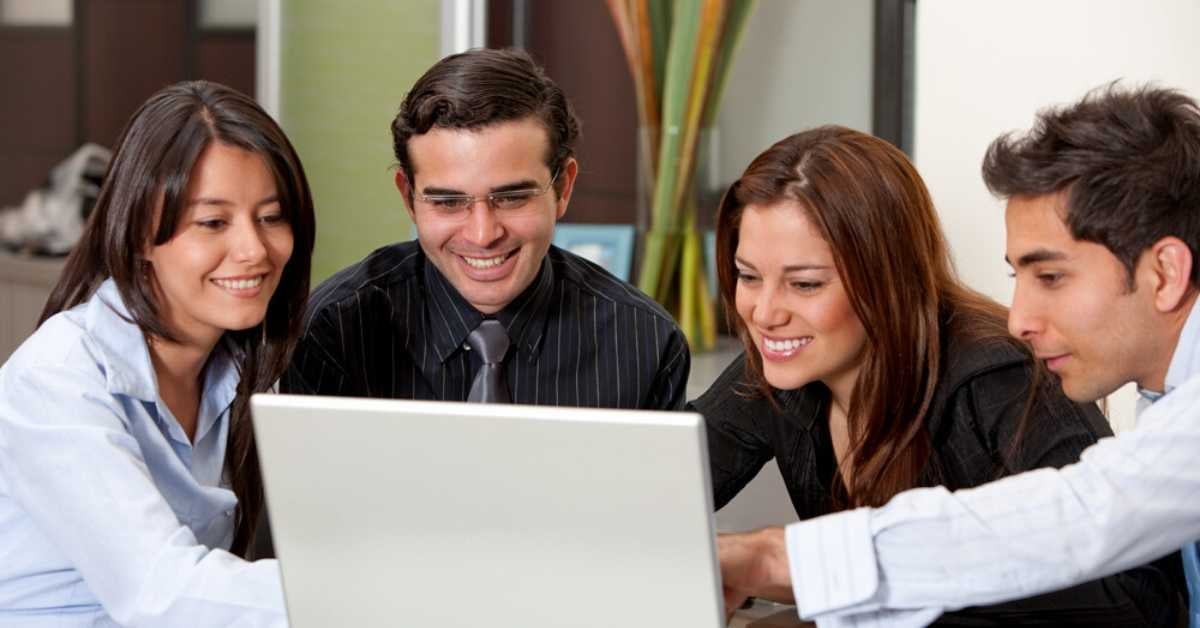 Q2. Is It Mandatory To Implement All Methods Of Interface In The Class Which Includes Interface?

Q3. What Is An Interface In Ooabap?

Ans: Interface is class which contains methods without implementations.

Q4. Can We Instantiate The Interface?

Ans: No, we can not instantiate interface using create object keyword.

Q6. Does Polymorphism Achieved Through Interfaces?

Ans: Yes, by using interface concept in SAP ABAP, we can polymorphism

Q7. What Is The Difference Between Abstract Class And Interface?

Q8. What Is Alias Name In Ooabap?

Ans: Alias is an alias name for the interface method implemented in the class .

Q9. Can We Raise Events In Interface?

Ans: Single-ton class is a class which allows to instantiate once only .

Q11. What Is The Difference In Attributes Defined In The Public Versus Private Section Of A Class?

Q12. What is the Difference between Class and Object ?

Ans: A Class is actually a blueprint or a template to create an Object. Whereas an Object is a an actual instance of a Class. For example Employee ia a class, while John is a real employee which is an Object of Employee Class.

Q13. How polymorphism can be implemented ?

Ans: Some examples to implement polymorphism:

Ans: In OOPs terminology, inheritance is a way to form new classes using classes that have already been defined. Inheritance is intended to help reuse existing code with little or no modification. The new classes, known as derived classes, inherit attributes and behavior of the pre-existing classes, which are referred to as base classes.

Q15. What is Method Overriding ?

Q16. What is Method Overloading ?

Ans: Method overloading is in a class have many methods having same name but different parameter called overloading or static polymorphism

Ans: Aggregation is a special form of association. Aggregation is the composition of an object out of a set of parts. For example, a car is an aggregation of engine, tyres, brakes, etc.
Aggregation represents a "Has" relationship like a car has a engine.

Q19. What are the core ABAP oops concepts ?

Ans: In object-oriented programming, polymorphism (from the Greek meaning "having multiple forms") is the characteristic of being able to assign a different meaning to a particular symbol or "operator" in different contexts. The simple example is two classes that inherit from a common parent and implement the same virtual method.

Ans: Through the process of abstraction, a programmer hides all but the relevant data about an object in order to reduce complexity and increase efficiency. In the same way that abstraction sometimes works in art, the object that remains is a representation of the original, with unwanted detail omitted. The resulting object itself can be referred to as an abstraction, meaning a named entity made up of selected attributes and behavior specific to a particular usage of the originating entity.

Q24. What are the types of Objects and Classes ?

Q25. What are the types of classes which can be created ?

Q26. What are the types of classes which can be created ?

Q27. What is a reference variable ?

Q28. What is a reference variable ?

Q29. What is the difference between Abstract method and a Final method ?

Q31. What is a Narrowing Cast ? How can you implement it ?

Ans: The assignment of a subclass instance to a reference variable of the type "reference to superclass" is described as a narrowing cast, because you are switching from a more detailed view to a one with less detail.

Ans: The widening cast is, as with inheritance, the opposite of the narrowing cast: Here it is used to retrieve a class reference from an interface reference.

Ans: If it is to be impossible to instantiate a class more than once (for example, because it serves as a data administrator or data container), you can use the singleton concept. The class is defined with the addition CREATE PRIVATE and FINAL and instantiated using its static constructor. A public static component could then make the reference to the class available to an external user.

Q34. What are the limitations of redefining a method ?

Ans: Inherited methods can be redefined in subclasses Redefined methods must be re-implemented in subclasses. The signature of redefined methods cannot be changed Static methods cannot be redefined. In inheritance, static components are "shared": A class shares its non-private static attributes with all its subclasses. In ABAP Objects, you can not only add new components, but also provide inherited methods with new implementations. This is known as redefinition. You can only redefine (public and protected) instance methods, other components (static methods, attributes and so on) cannot be redefined. Changes to method parameters (signature changes) are not possible.

Q35. What are static components? What is a component selector ?

Ans: In inheritance, static components are "shared": A class shares its non-private static attributes with all its subclasses. => and -> are the component selectors used to refer.

Q36. What are component instance ?

Ans: A component instance is a running component that can be run in parallel with other instances of the same component.

Q37. How is Encapsulation implemented in OOPs ?

Ans: Encapsulation means that the implementation of an object is hidden from other components in the system, so that they cannot make assumptions about the internal status of the object and therefore dependencies on specific implementations do not arise.

Q39. What are the types of Exception classes ?

Q40. Where can a protected method be accessed ?

Ans: Protected components Only visible within the class and its sub classes.

Q42. What is a functional Method ?

Ans: Methods that have a RETURNING parameter are described as functional methods. These methods cannot have EXPORTING or CHANGING parameters, but has many (or as few) IMPORTING parameters and exceptions as required.

Q43. What is a de-referenced variable ? What is a garbage collector ?

Ans: To go to an address before performing the operation a dereference variable is a pointer to the variable, not the variable itself. A pointer can be re-assigned any number of times while a reference cannot be reassigned after initialization. Field symbols are similar to dereference pointers. Thus, you can only access the content of the data object to which the field symbol points. (That is, field symbols use value semantics). If you want to access the content of the data object, you need to dereference the data reference first.

Q44. Can a class be defined without a constructor ?

Q45. What Is The Difference In An Instance Method And A Static Method?

Q47. What Is The Difference Between Singleton And Static Class In Sap Abap ?

Ans: Before going to static classes, you should understand static components.

Q48. Can We Make Methods Of Interface As Abstract And Final In Ooabap ?

Ans: No we can not make interface methods as abstract or final in Object Oriented ABAP

Q49. Can We Declare Events In Interface In Ooabap ?

Ans: Yes, we can declare events in interface in Object Oriented ABAP

Q50. What Is A Singleton Class In Ooabap ?

Ans: Singleton class is a class which allows to instantiate(Create Object) only

Ans: Global classes and interfaces are defined in the Class Builder (Transaction SE24) in the ABAP Workbench.All of the ABAP programs in an R/3 System can access the global classes

Ans: Local classes are defined in an ABAP program (Transaction SE38) and can only be used in the program in which they are defined.

Ans: Event is a mechanism by which method of one class can raise method of another class, without the hazard of instantiating that class.

Q54. How To Declare And Raise Events In Ooabap ?

Ans: We need to follow below steps when working with events in Object Oriented ABAP:

Q55. What Is A Constructor Method In Ooabap ?

Q56. What Is Abstract Method In Ooabap ?

Ans: Abstract methods is a method which doesn't contain any implementation.

Q57. What Is An Abstract Class In Ooabap ?

Q58. Can We Instantiate Abstract Class In Ooabap ?

Q59. What Is The Use Of 'defination Deferred' Keyword In Ooabap ?

Ans: It is the keyword which indicates the class definition is delayed or postponed or Defined at some place in program.

Q60. What Are The Advantages Of Oo Alv ?

Ans: Some of the main advantages of Object Oriented ALV

Q61. What Are The Types Of Constructor's In Ooabap ? Explain ?

Ans: CONSTRUCTOR's are special type of methods, constructor method is executed automatically whenever a object is created or instantiated.

Q62. What Is A Polymorphism In Ooabap ?

Q63. Can We Defined A Class Without A Constructor In Ooabap ?

Ans: Friend class is a class it can access private components of it’s friends class.

Ans: Instead of specifying full name of interface methods, we can assign it a name which can directly trigger.

Ans: It just like a self­reference, by this we can call methods that are with in same class with out creating object.

Q67. How To A Create Object For The Class?

Q69. What Are The Differences Local & Global Classes?

Q70. What Is The Difference Between Function Group And Classes?

Q71. How Many Types Of Classes Are There In Ooabap?

Q72. How To Define A Class Locally?

Q73. How To Create An Object For Private Class?

Ans: In general we can not create object for a private class, but we can access static method of a private class so call that method using its class name and import that object.

For example take one static method with an exporting parameter inside private class and write object creation code in that static method and export that object.