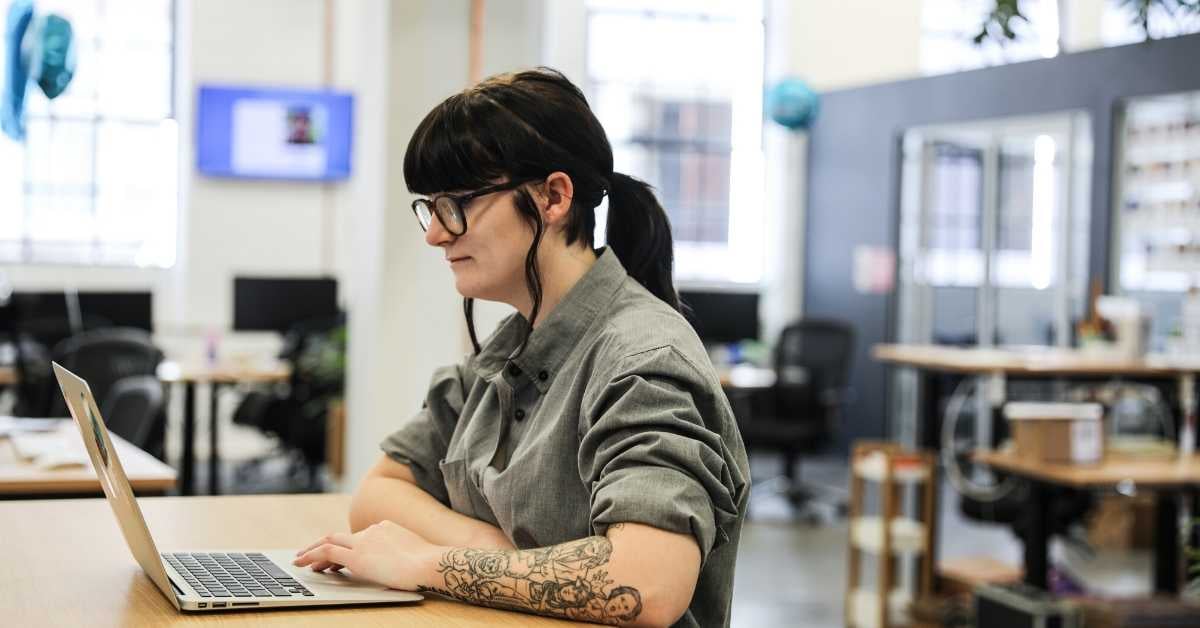 Q1. Explain what is Hive?

Ans: Hive is an ETL and Data warehousing tool developed on top of Hadoop Distributed File System (HDFS). It is a data warehouse framework for querying and analysis of data that is stored in HDFS. Hive is an open-source-software that lets programmers analyze large data sets on Hadoop.

Q3. Mention what are the different modes of Hive?

Ans: Depending on the size of data nodes in Hadoop, Hive can operate in two modes.

Q4. Mention when to use Map reduce mode?

Q6. Mention what are the different types of tables available in Hive?

Ans: There are two types of tables available in Hive:

Q7. Explain what is Metastore in Hive?

Ans: Metastore is a central repository in Hive.  It is used for storing schema information or metadata in the external database.

Q8. Mention what Hive is composed of?

Q9. Mention what are the type of database does Hive support?

Q11. Mention what are the different modes of Hive?

Ans: Different modes of Hive depends on the size of data nodes in Hadoop.

Q12. Why is Hive not suitable for OLTP systems?

Ans: Hive is not suitable for OLTP systems because it does not provide insert and update function at the row level.

Q13. Differentiate between Hive and HBase

Q14. Explain what is a Hive variable? What for we use it?

Ans: Hive variable is created in the Hive environment that can be referenced by Hive scripts. It is used to pass some values to the hive queries when the query starts executing.

Q15. Mention what is ObjectInspector functionality in Hive?

Ans: ObjectInspector functionality in Hive is used to analyze the internal structure of the columns, rows, and complex objects.  It allows to access the internal fields inside the objects.

Ans: It is a server interface that performs following functions:

Some advanced features Based on Thrift RPC in its latest version include:

Ans: Hive query processor convert graph of MapReduce jobs with the execution time framework.  So that the jobs can be executed in the order of dependencies.

Q18. Mention what are the components of a Hive query processor?

Q19. Mention what is Partitions in Hive?

Ans: In Hive you can choose internal table:

You can choose External table:

Q21. Mention if we can name view same as the name of a Hive table?

Ans: No. The name of a view must be unique compared to all other tables and as views present in the same database.

Q22. Mention what are views in Hive?

Ans: In Hive, Views are Similar to tables. They are generated based on the requirements.

Q23. Explain how Hive Deserialize and serialize the data?

Q25. In Hive, how can you enable buckets?

Ans: In Hive, you can enable buckets by using the following command,

Q26. In Hive, can you overwrite Hadoop MapReduce configuration in Hive?

Ans: Yes, you can overwrite Hadoop MapReduce configuration in Hive.

Q27. Explain how can you change a column data type in Hive?

Ans: You can change a column data type in Hive by using command,

Q28. Mention what is the difference between order by and sort by in Hive?

Q29. Explain when to use explode in Hive?

Q30. Mention how can you stop a partition form being queried?

Ans: You can stop a partition form being queried by using the ENABLE OFFLINE clause with ALTER TABLE statement.

Q33. Explain what is a Hive variable. What do we use it for?

Ans: Hive variable is basically created in the Hive environment that is referenced by Hive scripting languages. It provides to pass some values to the hive queries when the query starts executing. It uses the source command.

Q34. What kind of data warehouse application is suitable for Hive? What are the types of tables in Hive?

Ans: Hive is not considered as a full database. The design rules and regulations of Hadoop and HDFS put restrictions on what Hive can do.Hive is most suitable for data warehouse applications.
Where:

Q35. Can We Change settings within Hive Session? If Yes, How?

Ans: Yes we can change the settings within Hive session, using the SET command. It helps to change Hive job settings for an exact query.
Example: The following commands shows buckets are occupied according to the table definition.

We can see the current value of any property by using SET with the property name. SET will list all the properties with their values set by Hive.

It will list all the properties including the Hadoop defaults in the system.

Interested in learning Hive? Well, we have the comprehensive Hive Training Course to give you a head start in your career.

Ans: Yes, we can add the nodes by following the below steps.

Q37. Explain the concatenation function in Hive with an example .

Ans: Concatenate function will join the input strings. We can specify the
‘N’ number of strings separated by a comma.
Example:

So, every time we set the limits of the strings by ‘-‘. If it is common for every strings, then Hive provides another command

CONCAT_WS. In this case,we have to specify the set limits of operator first.

Q38. Trim and Reverse function in Hive with examples.

Ans: Trim function will delete the spaces associated with a string.
Example:

To remove the Leading space

To remove the trailing space

In Reverse function, characters are reversed in the string.

Q39. How to change the column data type in Hive? Explain RLIKE in Hive.

Ans: We can change the column data type by using ALTER and CHANGE.
The syntax is :

Example: If we want to change the data type of the salary column from integer to bigint in the employee table.
ALTER TABLE employee CHANGE salary salary BIGINT;RLIKE: Its full form is Right-Like and it is a special function in the Hive. It helps to examine the two substrings. i.e, if the substring of A matches with B then it evaluates to true.
Example:

True (this is a regular expression)à‘Intellipaat’ RLIKE ‘^I.*’

Q40. What are the components used in Hive query processor?

Ans: The present data is partitioned and divided into different Buckets. This data is divided on the basis of Hash of the particular table columns.

Ans: By using below commands we can access sub directories recursively in Hive

Q43. What are the components used in Hive query processor?

Q44. How to skip header rows from a table in Hive?

Ans: Header records in log files
System=….
Version=…
Sub-version=….
In the above three lines of headers that we do not want to include in our Hive query. To skip header lines from our tables in the Hive,set a table property that will allow us to skip the header lines.

Q45. What is the maximum size of string data type supported by hive? Mention the Hive support binary formats.

Ans: The maximum size of string data type supported by hive is 2 GB.
Hive supports the text file format by default and it supports the binary format Sequence files, ORC files, Avro Data files, Parquet files.
Sequence files: Splittable, compressible and row oriented are the general binary format.
ORC files: Full form of ORC is optimized row columnar format files. It is a Record columnar file and column oriented storage file. It divides the table in row split. In each split stores that value of the first row in the first column and followed sub subsequently.
AVRO data files: It is same as a sequence file splittable, compressible and row oriented, but except the support of schema evolution and multilingual binding support.

Q46. What is the precedence order of HIVE configuration?

Ans: We are using a precedence hierarchy for setting the properties

Q47. If you run a select * query in Hive, Why does it not run MapReduce?

Ans: The hive.fetch.task.conversion property of Hive lowers the latency of mapreduce overhead and in effect when executing queries like SELECT, FILTER, LIMIT, etc., it skips mapreduce function

Q48. How Hive can improve performance with ORC format tables?

Ans: We can store the hive data in highly efficient manner in the Optimized Row Columnar file format. It can simplify many Hive file format limitations. We can improve the performance by using ORC files while reading, writing and processing the data.

Q49. Explain the functionality of Object-Inspector.

Q50. Whenever we run hive query, new metastore_db is created. Why?

Ans: Local metastore is created when we run Hive in embedded mode. And before creating it checks whether the metastore exists or not and this metastore property is defined in the configuration file hive-site.xml. Property is“javax.jdo.option.ConnectionURL” with default value “jdbc:derby:;databaseName=metastore_db;create=true”.So to change the behavior of the location to an absolute path, so that from that location meta-store will be used.

Q51. How can we access the sub directories recursively?

Ans: By using below commands we can access sub directories recursively in Hive:

Q52. What are the uses of explode Hive?

Ans: Hadoop developers consider the array as their inputs and convert them into a separate table row. To convert complicate data types into desired table formats Hive is essentially using explode.

Q53. What is available mechanism for connecting from applications, when we run hive as a server?

Q54. How do we write our own custom SerDe?

Ans: End users want to read their own data format instead of writing, so the user wants to write a Deserializer than SerDe.
Example: The RegexDeserializer will deserialize the data using the configuration parameter ‘regex’, and a list of column names.
If our SerDe supports DDL, we probably want to implement a protocol based on DynamicSerDe. It’s non-trivial to write a “thrift DDL” parser.

Q56. Can we run UNIX shell commands from Hive? Can Hive queries be executed from script files? How? Give an example.

Ans: Yes, we can run UNIX shell commands from Hive using the! Mark before the command .For example: !pwd at hive prompt will list the current directory.
We can execute Hive queries from the script files by using the source command.