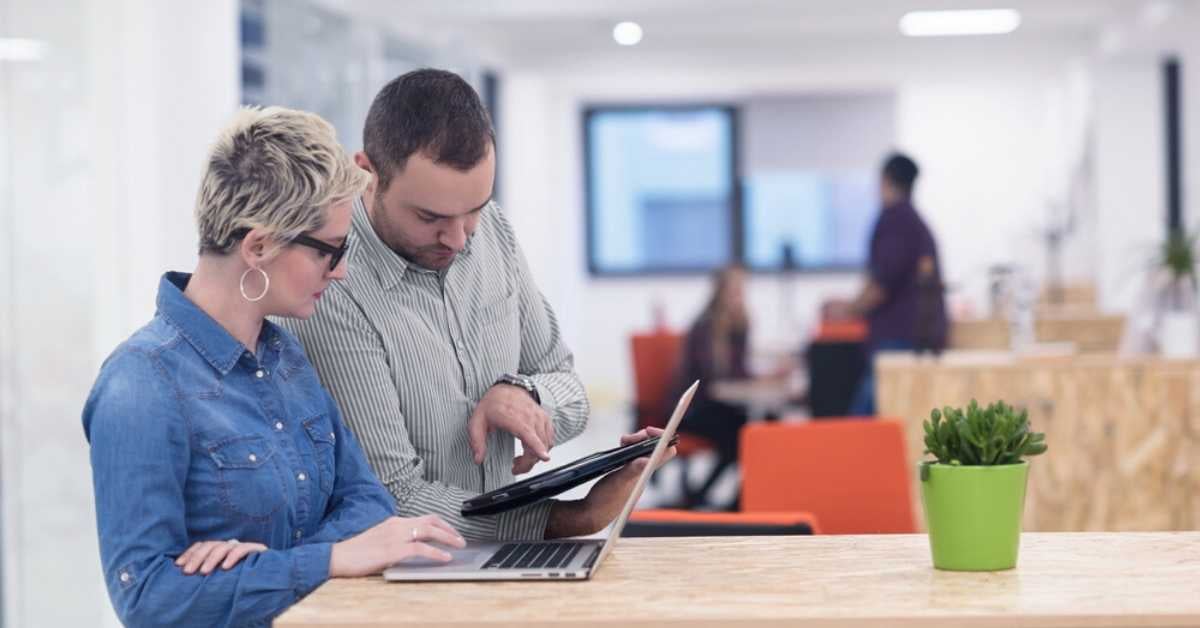 Q1. How would you create a taxonomy to identify key customer trends in unstructured data?

Ans: The best way to approach this question is to mention that it is good to check with the business owner and understand their objectives before categorizing the data. Having done this, it is always good to follow an iterative approach by pulling new data samples and improving the model accordingly by validating it for accuracy by soliciting feedback from the stakeholders of the business. This helps ensure that your model is producing actionable results and improving over the time.

Q2. Python or R – Which one would you prefer for text analytics?

Ans: The best possible answer for this would be Python because it has Pandas library that provides easy to use data structures and high performance data analysis tools.

Q3. Which technique is used to predict categorical responses?

Ans: Logistic Regression often referred as logit model is a technique to predict the binary outcome from a linear combination of predictor variables. For example, if you want to predict whether a particular political leader will win the election or not. In this case, the outcome of prediction is binary i.e. 0 or 1 (Win/Lose). The predictor variables here would be the amount of money spent for election campaigning of a particular candidate, the amount of time spent in campaigning, etc.

Q5. What are Recommender Systems?

Ans: A subclass of information filtering systems that are meant to predict the preferences or ratings that a user would give to a product. Recommender systems are widely used in movies, news, research articles, products, social tags, music, etc.

Q6. Why data cleaning plays a vital role in analysis?

Ans: Cleaning data from multiple sources to transform it into a format that data analysts or data scientists can work with is a cumbersome process because - as the number of data sources increases, the time take to clean the data increases exponentially due to the number of sources and the volume of data generated in these sources. It might take up to 80% of the time for just cleaning data making it a critical part of analysis task.

Q8. What do you understand by the term Normal Distribution?

Q9. What is Linear Regression?
Linear regression is a statistical technique where the score of a variable Y is predicted from the score of a second variable X. X is referred to as the predictor variable and Y as the criterion variable.

Q10. What is Interpolation and Extrapolation?

Ans: Estimating a value from 2 known values from a list of values is Interpolation. Extrapolation is approximating a value by extending a known set of values or facts.11)       What is power analysis?
An experimental design technique for determining the effect of a given sample size.

Q11. What is Collaborative filtering?

Ans: The process of filtering used by most of the recommender systems to find patterns or information by collaborating viewpoints, various data sources and multiple agents.

Q12. What is the difference between Cluster and Systematic Sampling?

Q14. What does P-value signify about the statistical data?

Ans: P-value is used to determine the significance of results after a hypothesis test in statistics. P-value helps the readers to draw conclusions and is always between 0 and 1.

Ans: No, they do not because in some cases it reaches a local minima or a local optima point. You don’t reach the global optima point. It depends on the data and starting conditions.

Ans: If an algorithm learns something from the training data so that the knowledge can be applied to the test data, then it is referred to as Supervised Learning. Classification is an example for Supervised Learning. If the algorithm does not learn anything beforehand because there is no response variable or any training data, then it is referred to as unsupervised learning. Clustering is an example for unsupervised learning.

Ans: It is a statistical hypothesis testing for randomized experiment with two variables A and B. The goal of A/B Testing is to identify any changes to the web page to maximize or increase the outcome of an interest. An example for this could be identifying the click through rate for a banner ad.

Q19. What is an Eigenvalue and Eigenvector?

Q20. How can outlier values be treated?

Q20. How can you assess a good logistic model?

Ans: There are various methods to assess the results of a logistic regression analysis-

Q21. What are various steps involved in an analytics project?

Q22. How can you iterate over a list and also retrieve element indices at the same time?

Ans: This can be done using the enumerate function which takes every element in a sequence just like in a list and adds its location just before it.

Q23. During analysis, how do you treat missing values?

Ans: The extent of the missing values is identified after identifying the variables with missing values. If any patterns are identified the analyst has to concentrate on them as it could lead to interesting and meaningful business insights. If there are no patterns identified, then the missing values can be substituted with mean or median values (imputation) or they can simply be ignored.There are various factors to be considered when answering this question-