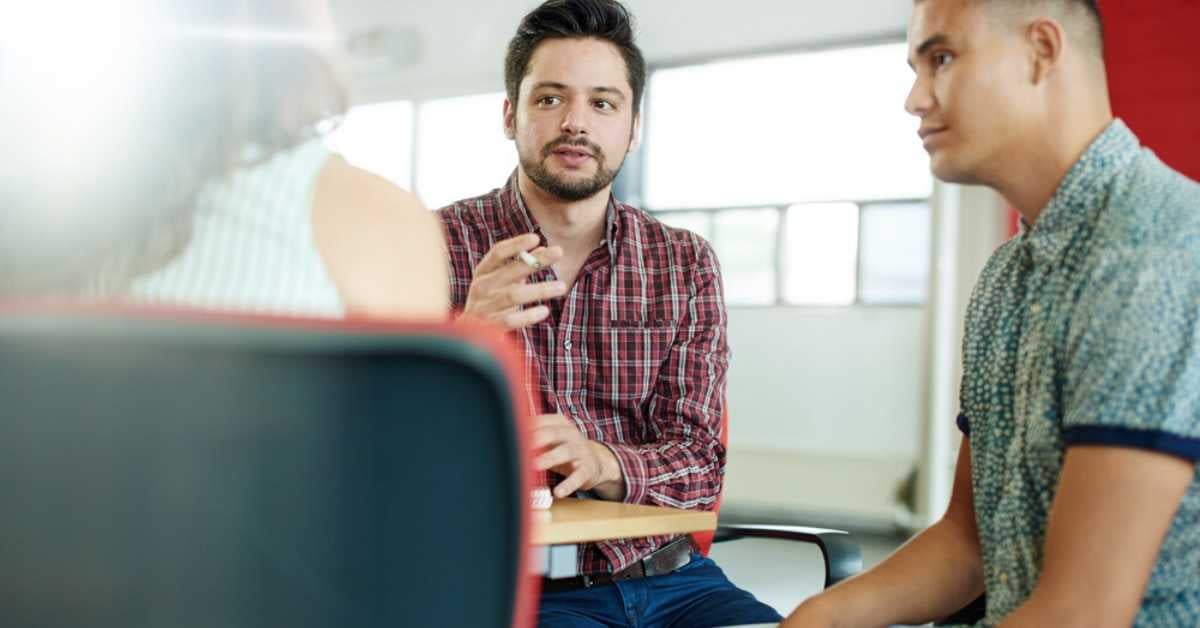 Ans: An API (Application Programming Interface) is a collection of software functions and procedures, called API calls, that can be executed by other software applications. Application developers code that links to existing APIs to make use of their functionality. This link is seamless and end-users of the application are generally unaware of using a separately developed API.
During testing, a test harness-an application that links the API and methodically exercises its functionality-is constructed to simulate the use of the API by end-user applications. The interesting problems for testers are:
1. Ensuring that the test harness varies parameters of the API calls in ways that verify functionality and expose failures. This includes assigning common parameter values as well as exploring boundary conditions.
2. Generating interesting parameter value combinations for calls with two or more parameters.
3. Determining the content under which an API call is made. This might include setting external environment conditions (files, peripheral devices, and so forth) and also internal stored data that affect the API.
4. Sequencing API calls to vary the order in which the functionality is exercised and to make the API produce useful results from successive calls.

Q2. Explain what is REST and RESTFUL?

Ans: REST represents REpresentational  State Transfer; it is relatively new aspect of writing web api.
RESTFUL is referred for web services written by applying REST architectural concept are called RESTful services, it focuses on system resources and how state of resource should be transported over HTTP protocol to a different clients written in different language.  In RESTFUL web service http methods like GET, POST, PUT and DELETE can be used to perform CRUD operations.

Ans: The architectural style for creating web api are

Q4. Mention what tools are required to test your web api?

Q5. Mention what are the HTTP methods supported by REST?

Q6. Mention whether you can use GET request instead of PUT to create a resource?

Ans: No, you are not supposed to use POST or GET.  GET operations should only have view rights.

Q7. Mention what are resources in a REST architecture?

Ans: Resources are identified by logical URLs; it is the key element of a RESTful design.  Unlike, SOAP web services in REST, you view the product data as a resource and this resource should contain all the required information.

Q8. Mention what is the difference between AJAX and REST?

Q10. Mention what are the different application integration styles?

Q12. Mention what is the difference between PUT and POST?

Q13. Mention which markup language can be used in restful web api?

Ans: JSON and XML are the two markup language that can be used in restful web api

Q14. Mention what is the difference between RPC or document style web services? How you determine to which one to choose?

Q16. List out the tools or API for developing or testing web api?

Q17. Mention what is the difference between SOAP and REST?

Q1. What is API testing?

Ans: API (Application Programming Interface) specifies how some software components should interact with other, in other words it’s a set of functions and procedures that allows the creation of applications which access the features or data of an application or operating system.   Testing of these functions is known as API testing.

Q2. What are the tools used for API testing?

Ans: The tools used for various API testing are

Q3. What are the common tests performed on API’s?

Ans: UI ( User Interface) refers to testing graphical interface such as how user interacts with the applications, testing application elements like fonts, images, layouts etc. UI testing basically focuses on look and feel of an application.
While, API enables communication between two separate software systems. A software system implementing an API contains functions or sub-routines that can be executed by another software system

Q5. Explain what is SOAP?

Ans: SOAP-stands for Simple Object Access Control, and it is an XML based protocol for exchanging information between computers.

Q6. Explain what is REST API?

Ans: It is a set of functions to which the developers performs requests and receive responses. In REST API interaction is made via HTTP protocol
REST – stands for Representational State Transfer, it is quickly becoming defacto standard for API creation.

Ans: To test the API’s you should follow the following steps

Q9. Mention what the main areas to be taken in consideration while writing API document ?

Ans: The key area to be considered when writing API documents are

Q10. In API document explain how to document each function ?What are the tools used for documentation?

Ans: API framework is self-explanatory. Values for test run and for holding the configurable parts, config file is used.  Automated test cases must represent in “ parse-table” format within config file.  When testing API, it is not necessary to test each API so the config file have some section whose all API are activated for that specific run.

Q12. How does the API Builder work?

Q13. Explain what is TestApi ?

Ans: TestApi is a library of utility and test APIs that enables testers and developers to create testing tools and automated tests for .NET and Win32 application.  It provides a set of common test building blocks, types, data-structure and algorithms.

Q14. What is Input injection and what are different ways of doing it ?

Ans: Input Injection:  It is the act of simulating user input, in several ways you can simulate user input.

Q15. What are the main challenges of API testing?

Ans: The main challenges in API testing is

Q16. What is API testing with runscope ?

Ans: Runscope is a web application that provides backend services and easy to use interface for testing APIs.

Q17. Explain what are the principles of API test design?

Ans: The principle for API test design are

Q18. What are the types of Bugs will API testing finds?

Ans: The types of Bugs, API will find

Q19. What are the tools used for API test automation?

Ans: While testing Unit and API testing,  both target source code, if an API method is using code  based on .NET then the tool which is supporting should have .NET
Automation tools for API testing can be used are

Q21. What are the common protocols that are testing in API tesing ?

Q24. What Is The Most Popular Way To Represent A Resource In REST?

Q25. Which Protocol Is Used By RESTful Web Services?

Ans: RESTful web services make use of HTTP protocol as a medium of communication between client and server.

Q26. What Is Messaging In RESTful Web Services?

Ans: RESTful web services make use of HTTP protocol as a medium of communication between client and server. The client sends a message in the form of an HTTP Request.
In response, the server transmits the HTTP Response. This technique is called Messaging. These messages contain message data and metadata i.e. information about the message itself.

Q27. State The Core Components Of An HTTP Request?

Q28. State The Core Components Of An HTTP Response?

Ans: There are a few HTTP methods in REST which are more popular.

Q30. Mention, Whether You Can Use GET Request Instead Of PUT, To Create A Resource?

Ans: No, you shouldn’t use a PUT or POST method. Instead, apply the GET operation which has view-only rights.

Q31. Is There Any Difference Between PUT And POST Operations? Explain It.

Ans: PUT and POST operation are almost same. The only difference between the two is in the terms of the result generated by them.
PUT operation is idempotent while POST operation can give a different result.
Let’s take an example.

Q32. What Purpose Does The OPTIONS Method Serve For The RESTful Web Services?

Ans: This method lists down all the operations a web service supports. It makes read-only requests to the server.

Q33. What Is URI? Explain Its Purpose In REST Based Web Services. What Is Its Format?

Ans: URI stands for Uniform Resource Identifier. URI is the identifier for the resource in REST architecture.
The purpose of a URI is to locate a resource(s) on the server hosting the web service. A URI is of the following format-

Q34. What Do You Understand By Payload In RESTFul Web Service?

Ans: Request body of every HTTP message includes request data called as Payload. This part of the message is of interest to the recipient.
We can say that we send the payload in POST method but not in <GET> and <DELTE> methods.

Q35. What Is The Upper Limit For A Payload To Pass In The POST Method?

Ans: <GET> appends data to the service URL. But, its size shouldn’t exceed the maximum URL length. However, <POST> doesn’t have any such limit.
So, theoretically, a user can pass unlimited data as the payload to POST method. But, if we consider a real use case, then sending POST with large payload will consume more bandwidth. It’ll take more time and present performance challenges to your server. Hence, a user should take action accordingly.

Ans: Caching is a process of storing server response at the client end. It makes the server save significant time from serving the same resource again and again.
The server response holds information which leads a client to perform the caching. It helps the client to decide how long to archive the response or not to store it at all.

Q37. What Are The Tools Available For Testing Web Services?

Ans: Following tools can help in testing the SOAP and RESTful web services.

Q38. Explain The Factors That Help To Decide About The Style Of Web Service To Use? SOAP Or REST?

Ans: In general, using REST based web service is preferred due to its simplicity, performance, scalability, and support for multiple data formats.
However, SOAP is favorable to use where service requires an advanced level of security and transactional reliability.

But you can read the following facts before opting for any of the styles.

Here are some of the advanced-level facts that you can consider as well.

Q39. Can You Tell Us Which Java API Helps In Developing A RESTFul Web Service?

Ans: There are many frameworks and libraries available that a developer can use to create RESTful web services in Java. For example, the JAX-RS library is a standard way to develop a REST web service.
Also, Jersey is another most popular implementations of JAX-RS which offers more than what the specs recommend. There are others like RESTEasy, RESTlet, and Apache CFX.
If you like Scala, then you should be using Play framework to develop RESTful web services.

Ans: There are a few HTTP methods in REST which are more popular.