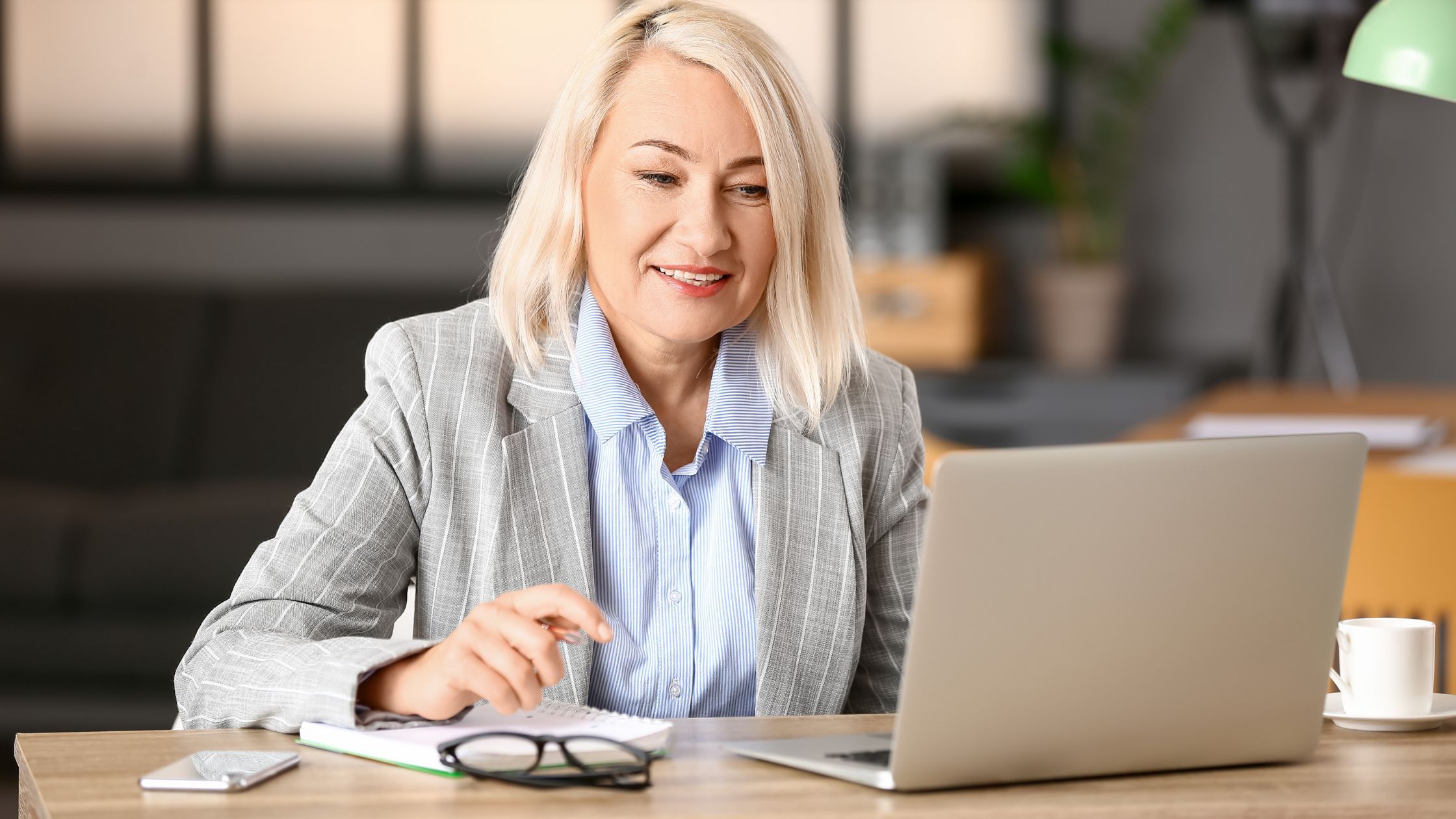 Q1. What is Virtual Reality(VR)?

Virtual Reality(VR) can be considered an Artificial Environment that provides you with a real-life environment and experience. There are many software and techniques available that can create a simulated environment. This is a different experience than the traditional user interface. Using VR, the user will be able to interact with the 3D world. VR experience can be created by altering as many senses as possible to make the VR experience much better and powerful. It allows you to create those things via a computer that does not exist, but you can feel them as they are real.

Q2. What are the 3 elements of virtual reality?

VPL system in 1989 was the one that attained the three elements of VR, i.e., life-size 3D space, real-time interaction, and self-projection

Q3. What is the main purpose of virtual reality?

The goal of VR is to provide human beings with a virtual environment where we can interact with a computer just as we do in the real world, that is, by talking with a virtual human in a spoken language, by writing a letter, or by drawing a picture.

Q4. What are the benefits of virtual reality?

Q5. What is new in Virtual Reality(VR) Technology?

Immersive and innovative digital tools such as 3D learning environments, virtual reality, augmented reality, and mixed reality facilitate experiential learning that allows students to grasp theoretical concepts faster and in greater depth. Immersive learning enhances the learning process by adding content that is interactive and engaging, allowing for experimentation, practice, and learning by doing. This greatly appeals to an insatiable curiosity residing in young learners, and due to the possibility of multiple instances of connecting with key concepts, enables learners to work at their own pace and to their level of proficiency.

Using VR Tech, any learner understands complex scientific concepts with fun and ease, for example, when a student uses Virtual Reality to understand “Respiration System in a human body” the student will understand that while breathing, so many gaseous elements go inside the lungs and how the oxygen is filtered from the other elements and how it will bound with RCB. This RCB containing oxygen penetrates the cell membrane and breaks glucose, to produce water and carbon dioxide. During this process, energy is released, which is captured by the ATP molecule. All these explanations are in 3D & 360° which will help the student to remember it easily and then recall whenever required. The example I have discussed here is just a glimpse of our vast VR content Library.

Virtual Reality is used in education to enhance student engagement with their study. VR creates the real world around us. It can transform the way of education which is provided nowadays. It can be also used in industries, medical, security, military, Anti-terrorism, Traffic accidents awareness, Weather forecasting, etc.

Q6. What are 5 advantages of VR technology?

Q7. What is 3I in virtual reality?

immersion, interaction, imagination and we will also add one more I for the immersive VR system.

Q8. What is Total Immersion in Virtual Reality(VR)?

Total immersion means that the sensory experience feels so real, that we forget it is a virtual-artificial environment and begin to interact with it as we would naturally in the real world. In a virtual reality environment, a completely synthetic world may or may not mimic the properties of a real-world environment. This means that the virtual reality environment may simulate an everyday setting (e.g. walking around the streets of London), or may exceed the bounds of physical reality by creating a world in which the physical laws governing gravity, time and material properties no longer hold (e.g. shooting space aliens on a foreign gravity-less planet).

VRML (Virtual Reality Modeling Language) — VRML (pronounced as “V-R-M-L” or “ver-mal”) is a modeling language which helps to create platform-independent 3D objects and interactive scenes on a web page. It was first introduced in 1994 at the first World Wide Web conference by Mark Pesce, Tony Parisi, and others. VRML had initially stood for Virtual Reality Markup Language. The VRML files are known as worlds and have “.wrl” extension. A VRML world is built using nodes. Nodes describe the geometry, sound, properties of the world, and more.

Q10. What is Virtual Reality Cloud?

Virtual Reality Cloud is the use of a cloud service provider's infrastructure to render Virtual Reality (VR) code on a remote server before streaming the programming to an end user's virtual reality headset. The goal of VR cloud is to lower the total cost of experiencing VR programming by removing requirements for powerful graphical hardware and compute resources to be installed locally.

Sensors can be thought of in two categories, those associated with geometry and one for sensing time.
The list of sensors is :
* CylinderSensor
* PlaneSensor
* ProximitySensor
* SphereSensor
* TouchSensor
* VisibilitySensor
* TimeSensor
The sensors can respond to various conditions such as proximity to an avatar,mouse clicks, mouse movement or whether an object is in the field of view of the user.
In addition, cylinder, sphere and plane sensors move the geometry associated with them when they are active.
Do not place a sensor in the same transform node as the geometry as this can result in undefined behaviour

Q12. What is Virtual Reality(VR) Locomotion?

One of the crucial components of VR applications is locomotion, which is used for moving the viewpoint of user in virtual environments. Locomotion in VR is expected to have a direct effect on user experience in terms of effort, enjoyment, frustration, motion sickness and presence. To date, many locomotion techniques for VR have been studied. However, these techniques were primarily evaluated in large tracked areas (larger than 16 ft by 16 ft). On the contrary, emerging consumer VR systems typically track within smaller room scales. In this study, eight VR locomotion techniques were investigated in a room-scale tracked area (8 ft by 8 ft).

There are four different categories of markerless AR such as location-based AR, Projection-based AR, Superimposition AR, and Outlining AR. Location-based AR: It ties the augmentation to a specific place by reading the real-time data from a smartphone camera, GPS, digital compass as well as and accelerometer

Q14. What is ARKit and ARCore?

ARKit and ARCore are software development kits (SDKs) released by tech giants Apple and Google. They enable developers to create augmented reality or AR-based apps that are tailored to today's smartphones, and as such, both are vital tools for eCommerce companies.

Q16. What is the difference between HTML and VRML?

1. Healthcare : The healthcare industry has been a big adopter of virtual reality technology. It helps their professionals train and prepare for real-world scenarios, including surgery. Teams can plan out complicated procedures. They can even diagnose and treat computer-generated patients.
VR is also being used to explore mental health treatment. It has been used to treat issues including alcohol addiction, claustrophobia, depression, and more. Because people can use headsets in their own homes, it can provide a safe and more cost effective option for many clients.
2. Space & Military : The International Space Station(ISS) Experience is an immersive VR series filmed over multiple months to document different crew activities, from science conducted aboard the station to a spacewalk. The series uses special 360 cameras designed to operate in space to transport audiences to low-Earth orbit and make viewers feel like astronauts on a mission.
The military in the UK and the US have both adopted the use of virtual reality in their training as it allows them to undertake a huge range of simulations. VR is used in all branches of service: the army, navy, air force, marines and coast guard. In a world where technology is adopted from an early age and children are accustomed to video games and computers, VR proves an effect method of training.
3. Education / Training : Virtual reality can improve education by providing students with memorable and immersive experiences that would otherwise not be possible. What’s more, it can all take place within the classroom.
VR is accessible to every student and can be easily monitored by teachers. Virtual experiences have the power to engage and inspire students in a unique and powerful way.
Given the growth of VR within education, and the positive response from schools, we wouldn’t be surprised if VR made it onto the curriculum at some point in the future. Curriculum aligned content and structured VR lesson plans have already been developed and are available in the UK.
4. Automotive : North America is the biggest shareholder of the global automotive VR market. While Tesla advertises its cars by offering customers virtual rides, Ford Motor Company develops a VR training tool for polishing the skills of its technicians. Germany continues to be the leading automotive VR adopter in Europe, with Volkswagen reducing design costs via virtual prototyping, BMW increasing sales thanks to immersive showrooms, and Audi enhancing the safety of self-driving cars manufacturing by performing testing in virtual reality.
The key drivers of the increasing automotive VR popularity are technological advancement and the need to reduce engineering costs.
Virtual reality technology can become a sales-boosting mechanism for car manufacturers and dealers. They have the opportunity to raise online sales via virtual showrooms, where potential customers will inspect 3D cars’ exterior and interior and have a test drive – all without leaving their homes.
5. Architecture : Using VR, architects can not only envision what they’re building but understand how it feels as well. This allows them to experience the space before it is built and make real-time changes to deliver customer satisfaction.
6. Sports : VR is revolutionising the sports industry for players, coaches and viewers. Virtual reality can be used by coaches and players to train more efficiently across a range of sports, as they are able to watch and experience certain situations repeatedly and can improve each time. Essentially, it’s used as a training aid to help measure athletic performance and analyse technique. Some say it can also be used to improve athletes' cognitive abilities when injured, as it allows them to experience gameplay scenarios virtually. Similarly, VR has also been used to enhance the viewer’s experience of a sporting event. Broadcasters are now streaming live games in virtual reality and preparing to one day sell virtual tickets to live games so that anyone from anywhere in the world can ‘attend’ any sports event. Potentially, this could also allow for those who cannot afford to spend money on attending live sports events to feel included as they can enjoy the same experience remotely, either for free or at a lesser cost.
7. Retail / Fashion : Online shopping is convenient, but it often means we must buy then try. But with VR, you can preview furniture in your own home or try out makeup on your own skin. This helps create a better experience for customers and minimize returns.
By taking VR to the next level, retailers can dive engagement with current and potential customers. They can gather information to market and tailor the shopping experience to each specific user. etc,.

Q18. What programming language is used for Virtual Reality(VR)?

Many programming languages are available that allow you to create VR apps like- C#, C/C++, Java, Javascript, Swift, Visual development tools and Python. Python is to be preferred more over other languages.

Python will help you generate the most attractive apps with less code and easily transition to C#.

A static trigger image (aka AR marker) digital content such as video or 3D object to feature on top of the chosen picture. a software for combining the two pieces of content, such as the Overly self-service AR creator. a mobile device with a compatible application to scan the marker and retrieve the AR content.