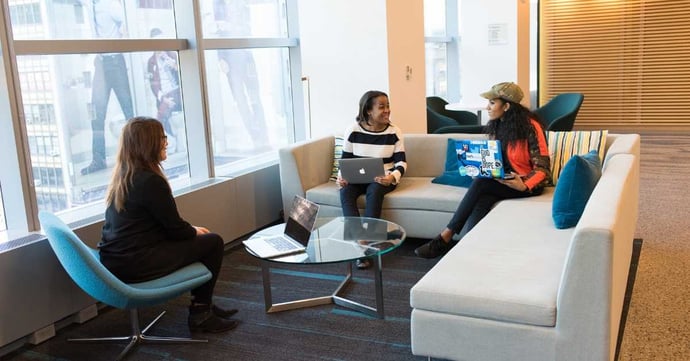 Q1. How R commands are written?

Ans: By using # at the starting of the line of code like #division commands are written.

Ans: It is used to determine that the means of two groups are equal or not by using t.test() function.

Q3. What are the disadvantages of R Programming?

Ans: The disadvantages are:-

with() function applies an expression to a dataset.

By() function applies a function t each level of a factors.

Q5. In R programming, how missing values are represented?

Ans: In R missing values are represented by NA which should be in capital letters.

Ans: Subset() is used to select the variables and observations and sample() function is used to  generate  a random sample of the size n from a dataset.

Q7. Explain what is transpose.

Q8. What are the advantages of R?


Now that you are aware of the benefits of R programming

Q9. What is the function used for adding datasets in R?

Q10. How you can produce co-relations and covariances?

Q11. What is difference between matrix and dataframes?

Q12. What is difference between lapply and sapply?

Q14. Explain how you can start the R commander GUI.

Q16. How many data structures R has?

Ans: There are 5 data structure in R i.e. vector, matrix, array which are of homogenous type and other two are list and data frame which are heterogeneous.

Q17. Explain how data is aggregated in R.

Ans: There are two methods that is collapsing data by using one or more BY variable and other is aggregate() function in which BY variable should be in list.

Q18.  Explain how you can start the R commander GUI?

Ans: Packages are the collections of data, R functions and compiled code in a well-defined format and these packages are stored in library.

Q21. What is the function which is used for merging of data frames horizontally in R?

Q22. what is the function which is used for merging of data frames vertically in R?

Q23. What is the power analysis?

Ans: It is used for experimental design .It is used to determine the effect of given sample size.

Q24. Which package is used for power analysis in R?

Ans: Pwr package is used for power analysis in R.

Q25. Which method is used for exporting the data in R?

Ans: There are many ways to export the data into another formats like SPSS, SAS , Stata , Excel Spreadsheet.

Q26. Which packages are used for exporting of data?

Ans: For excel xlsReadWrite package is used and for sas,spss ,stata foreign package is implemented.

Q27. How impossible values are represented in R?

Ans: In R NaN is used to represent impossible values.

Q28. Which command is used for storing R object into a file?

Ans: Save command is used for storing R objects into a file.
Syntax: >save(z,file=”z.Rdata”)

Q29. Which command is used for restoring R object from a file?

Ans: Coin package is used to achieve the re randomization or permutation based statistical tests.

Q31. Which function is used for sorting in R?

Ans: order() function is used to perform the sorting.

Q33. What happens when the application object does not handle an event?

Ans: The event will be dispatched to your delegate for processing.

Ans: UIWindow object coordinates the one or more views presenting on the screen.

Q36. Tell me the super class of all view controller objects.

Q37. How to create axes in the graph?

Ans: abline() function is add the reference line to a graph.
Syntax:-

Q42. What is the use of lattice package?

Ans: lattice package is to improve on base R graphics by giving better defaults and it have the ability to easily display multivariate relationships.

Ans: It is used to provide the maximum likelihood fitting of univariate distributions. It is defined under the MASS package.

Q44. Which data structures are used to perform statistical analysis and create graphs.

Ans: It defines the direction of output.

Ans: This function is used to show the packages which are installed.

Ans: By this function we see that which packages are currently loaded.

Q48. On which type of data binary operators are worked?

Ans: Binary operators are worked on matrices, vectors and scalars.

Q49. What is the use of doBY package?

Ans: It is used to define the desired table using function and model formula.

Q50. Explain how you can start the R commander GUI?