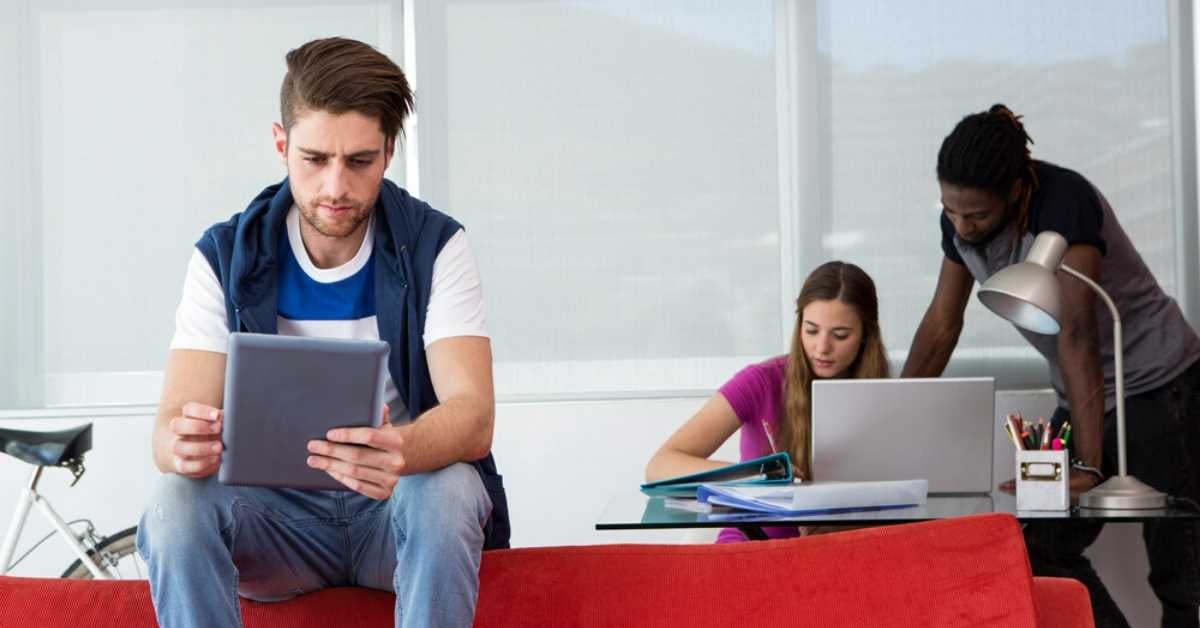 Q1. Explain what is DevOps?

Ans: It is a newly emerging term in IT field, which is nothing but a practice that emphasizes the collaboration and communication of both software developers and other information-technology (IT) professionals. It focuses on delivering software product faster and lowering the failure rate of releases.

Q3. What are the core operations of DevOps in terms of development and Infrastructure?

Ans:  The core operations of  DevOps

Q4. What are the advantages of DevOps with respect to Technical and Business perspective?

Q6. Which are the areas where DevOps are implemented?

Q8. List the major difference between the Agile and DevOps.

Q10. How DevOps is helpful to developers?

Q11. What are Vagrant and its uses.

Q12. What are the major difference between the Linux and Unix operating systems?

Q13. How we can make sure new service is ready for the products launched?

Q14. What are the benefits of the NoSQL?

Q15. What are adoptions of DevOps in industry?

Q16. What are the advantages of NoSQL database over RDBMS?

Q17. The top 10 skills the person should be having for the DevOp’s position?

Q18. Explain how the implementation of “Infrastructure as code” is processed or executed in terms of AWS.

Q19. What measures we have taken to handle revision (version) control?

To handle revision control, post your code on SourceForge or GitHub so everyone can view it and ask the viewers to give suggestions for the better improvement of it.

Q20. What are the types of HTTP requests?

The types of Http requests are

Ans:
According to me, this answer should start by explaining the general market trend. Instead of releasing big sets of features, companies are trying to see if small features can be transported to their customers through a series of release trains. This has many advantages like quick feedback from customers, better quality of software etc. which in turn leads to high customer satisfaction. To achieve this, companies are required to:

DevOps fulfills all these requirements and helps in achieving seamless software delivery. You can give examples of companies like Etsy, Google and Amazon which have adopted DevOps to achieve levels of performance that were unthinkable even five years ago. They are doing tens, hundreds or even thousands of code deployments per day while delivering world class stability, reliability and security.

If I have to test your knowledge on DevOps, you should know the difference between Agile and DevOps.

Q22. How is DevOps different from Agile / SDLC?

Ans: I would advise you to go with the below explanation:

Agile is a set of values and principles about how to produce i.e. develop software. Example: if you have some ideas and you want to turn those ideas into working software, you can use the Agile values and principles as a way to do that. But, that software might only be working on a developer’s laptop or in a test environment. You want a way to quickly, easily and repeatably move that software into production infrastructure, in a safe and simple way. To do that you need DevOps tools and techniques.

You can summarize by saying Agile software development methodology focuses on the development of software but DevOps on the other hand is responsible for development as well as deployment of the software in the safest and most reliable way possible.

Q23. Which are the top DevOps tools? Which tools have you worked on?

Ans: The most popular DevOps tools are mentioned below:

You can also mention any other tool if you want, but make sure you include the above tools in your answer.
The second part of the answer has two possibilities:

Q24. How do all these tools work together?

Ans: Given below is a generic logical flow where everything gets automated for seamless delivery. However, this flow may vary from organization to organization as per the requirement.

Q25. What are the advantages of DevOps?

Ans: For this answer, you can use your past experience and explain how DevOps helped you in your previous job. If you don’t have any such experience, then you can mention the below advantages.

Q26. What is the most important thing DevOps helps us achieve?

Ans: According to me, the most important thing that DevOps helps us achieve is to get the changes into production as quickly as possible while minimizing risks in software quality assurance and compliance. This is the primary objective of DevOps. Learn more in this DevOps tutorial blog.
However, you can add many other positive effects of DevOps. For example, clearer communication and better working relationships between teams i.e. both the Ops team and Dev team collaborate together to deliver good quality software which in turn leads to higher customer satisfaction.

Q27. Explain with a use case where DevOps can be used in industry / real-life.

Ans: There are many industries that are using DevOps so you can mention any of those use cases, you can also refer the below example:
Etsy is a peer-to-peer e-commerce website focused on handmade or vintage items and supplies, as well as unique factory-manufactured items. Etsy struggled with slow, painful site updates that frequently caused the site to go down. It affected sales for millions of Etsy’s users who sold goods through online market place and risked driving them to the competitor.
With the help of a new technical management team, Etsy transitioned from its waterfall model, which produced four-hour full-site deployments twice weekly, to a more agile approach. Today, it has a fully automated deployment pipeline, and its continuous delivery practices have reportedly resulted in more than 50 deployments a day with fewer disruptions.

Q28. Explain your understanding and expertise on both the software development side and the technical operations side of an organization you have worked with in the past.

Ans: For this answer, share your past experience and try to explain how flexible you were in your previous job. You can refer the below example:
DevOps engineers almost always work in a 24/7 business-critical online environment. I was adaptable to on-call duties and was available to take up real-time, live-system responsibility. I successfully automated processes to support continuous software deployments. I have experience with public/private clouds, tools like Chef or Puppet, scripting and automation with tools like Python and PHP, and a background in Agile.

Q29. What are the anti-patterns of DevOps?

Ans: A pattern is common usage usually followed. If a pattern commonly adopted by others does not work for your organization and you continue to blindly follow it, you are essentially adopting an anti-pattern. There are myths about DevOps. Some of them include:

Q31. Mention what are the key aspects or principle behind DevOps?

Ans: The key aspects or principle behind DevOps is

Q32. What are the core operations of DevOps with application development and with infrastructure?

Ans: The core operations of DevOps with

Q33. Explain how “Infrastructure of code” is processed or executed in AWS?

Q34. Explain which scripting language is most important for a DevOps engineer?

Ans: A simpler scripting language will be better for a DevOps engineer. Python seems to be very popular.

Q35. Explain how DevOps is helpful to developers?

Ans: DevOps can be helpful to developers to fix the bug and implement new features quickly.  It also helps for clearer communication between the team members.

Ans: Some of the popular tools for DevOps are

Q37. Mention at what instance have you used the SSH?

Ans: I have used SSH to log into a remote machine and work on the command line.  Beside this, I have also used it to tunnel into the system in order to facilitate secure encrypted communications between two untrusted hosts over an insecure network.

Q38. Explain how would you handle revision (version) control?

Ans: My approach to handle revision control would be to post the code on SourceForge or GitHub so everyone can view it.  Also, I will post the checklist from the last revision to make sure that any unsolved issues are resolved.

Q39. Mention what are the types of Http requests?

Ans: The types of Http requests are

Q40. Explain what would you check If a Linux-build-server suddenly starts getting slow?

Ans: If a Linux-build-server suddenly starts getting slow, you will check for following three things

Q41. Whether your video card can run Unity how would you know?

Ans: When you use command

it will give detailed output about Unity’s requirements and  if they are met, then your video card can run unity.42

Q42. Explain how to enable startup sound in Ubuntu?

You can also open it with shortcut key Ctrl+Alt+T.

Q43. What is the quicker way to open an Ubuntu terminal in a particular directory?

Ans: To open Ubuntu terminal in a particular directory you can use custom keyboard short cut.

To do that, in the command field of a new custom keyboard , type genome – terminal – – working – directory = /path/to/dir.

Q44. Explain how you can get the current color of the current screen on the Ubuntu desktop?

Ans: You can open the background image in The Gimp (image editor) and then use the dropper tool to select the color on the specific point. It gives you the RGB value of the color at that point.

Q45. Explain how you create launchers on desktop in Ubuntu?

Ans: To create launchers on desktop in Ubuntu you can use

ALT+F2 then type “ gnome-desktop-item-edit –create-new~/desktop “,  it will launch the old GUI dialog and create a launcher on your desktop

Q46. Explain what is Memcached?

Ans: Memcached is a free and open source, high-performance, distributed memory object caching system. The primary objective of Memcached is to enhance the response time for data that can otherwise be recovered or constructed from some other source or database. It is used to avoid the need to operate SQL data base or another source repetitively to fetch data for concurrent request.

Memcached can be used for

Drawback of Memcached is

Q48. Explain whether it is possible to share a single instance of a Memcache between multiple projects?

Ans: Yes, it is possible to share a single instance of Memcache between multiple projects. Memcache is a memory store space, and you can run memcache on one or more servers. You can also configure your client to speak to a particular set of instances. So, you can run two different Memcache processes on the same host and yet they are completely independent. Unless, if you have partitioned your data, then it becomes necessary to know from which instance to get the data from or to put into.

Q49. You are having multiple Memcache servers, in which one of the memcacher server fails, and it has your data, will it ever try to get key data from that one failed server?

Ans: The data in the failed server won’t get removed, but there is a provision for auto-failure, which you can configure for multiple nodes. Fail-over can be triggered during any kind of socket or Memcached server level errors and not during normal client errors like adding an existing key, etc.

Q50. Explain how you can minimize the Memcached server outages?

Q51. Explain how you can update Memcached when data changes?

Ans: When data changes you can update Memcached by

Q52. Explain what is Dogpile effect? How can you prevent this effect?

Ans: Dogpile effect is referred to the event when cache expires, and websites are hit by the multiple requests made by the client at the same time. This effect can be prevented by using semaphore lock. In this system when value expires, first process acquires the lock and starts generating new value.

Q53. Explain how Memcached should not be used?

Q54. When server gets shut down does data stored in Memcached is still available?

Q55. Mention what is the difference between Memcache and Memcached?