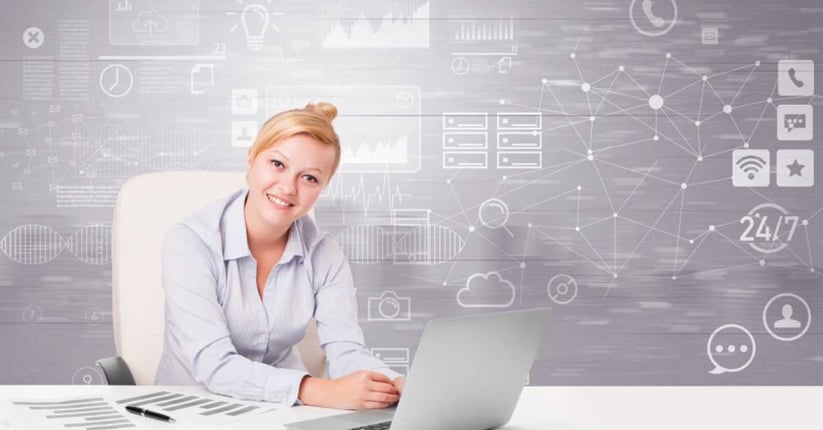 Q1. What is BizTalk framework?

Ans: The BizTalk Framework is a set of guidelines for driving the consistent adoption of XML to enable e-Commerce and application integration.
It is initiated by Microsoft and supported by a wide range of organizations.

Ans: BizTalk provides costs savings when used in internal IT projects and can be used in externally focused solutions too.

Q4. What is the latest version of BizTalk Server?

Ans: The latest version of BizTalk is BizTalk Server 2009 and IDE to develop application is Visual Studio 2008 SP1.

Q5. What is message type (i.e. BTS.MessageType) in BizTalk Server?

Ans: Messages in BizTalk are data, and each message must be of a selected message type. E-mail, Documents, Info-path forms, large binary files, SQL records, flat files, and anything XML can be processed as messages. BizTalk is all about messages and message-oriented programming. The most common message type in Biz-talk is a schema.

Q6. What BizTalk enables for companies?

Ans: BizTalk enables companies to integrate and manage business processes by exchanging business documents between business applications within or across organizational boundaries.

Ans: BizTalk Server 2000 is based on the BizTalk Framework. It provides the infrastructure and tools toenable B2B eCommerce and process integration.

Q8. Does BizTalk framework is an open framework?

Ans: The BizTalk Framework is an open framework for B2B exchange, It is implemented across all major platforms and most major B2B products.

Q9. What is the difference between a “Message Assignment” shape and an “Expression” shape?

Q10. What is the difference between Distinguished field and Promoted Property? Q11. What is the difference between a Document Schema and a Property Schema?

Ans: A document schema is used to define a message. It is a definition on an Xml message with optional extensions for flat files, EDI file, etc that enable the parsers to convert the native format into Xml.

Q12. What is Biztalk Orchestrations Dehydration and Rehydration?

Ans: Dehydration: When an orchestration has been idle for a while, the orchestration engine will save the state information of the instance and free up memory resources.

Q13. What is the default mapping for Auto Mapping?

Ans: The default mapping for Auto Mapping is is mapping by structure. This can be changed to by node name in the map properties.

Q14. What is BizTalk Server?

Q15. What is Correlation in context of BizTalk Server?

Ans: An Orchestration can have more than one instance running simultaneously. Even though each of those multiple instances perform the same action, it does it on different data contained within a message.
Correlation is a process of associating an incoming message with the appropriate instance of an orchestration.

Adapters:
Information interchange with external systems
Pipeline, dis-assembler and sub-components:
Normalizing the schema’s (wire message in its native format) of the internal messages using XML as the common language.

Message-box:
Internal XML messages are published here and then are further consumed by

Biz-talk Orchestration Engine:
Processing the internal messages, re-publishing them to Message-box to be consumed by other subscribers.

Send Port:
Consumes the internal XML messages, converts them to a wire messages through the associated pipeline and sub-component Assembler.

Adapter:
Conveys the wire message to the target system.

Q2. What is direct binding in BizTalk Server?

Q3. What is distinguished field in BizTalk Server?

Q4. Tell me how to transfer files without using Orchestration?

Ans: A rules engine is a software system, which is used for executing one or more business rules in a dynamic production environment. The rules might be from legal regulation, company policies or any other resources.

Ans: Biz Talk is a Business Process Management server from Microsoft. It is a message based integration tool. Biz Talk enables large enterprises to automate and integrate the business processes. This process is done by using adapters those are tailored for communicating among various software systems in an enterprise. It provides functions like Business Process Modeling, Business-to-Business communication, Message broker, EAI, Process automation. Biz Talk enables enterprises for integrating and managing business processes by exchanging various documents such as PO (Purchase Order), Invoices within and across boundaries of enterprises. MS Visual Studio supports development for Biz Talk server.

Q9. What is trading partner management in BizTalk?

Q10. Explain the difference between BizTalk Server and Web Services?

Ans: BizTalk is a product while Web Services are a standard.
BizTalk Server is a Microsoft product whereas Web Services have been developed by many organizations including Microsoft, IBM, etc.
BizTalk Server application has been built to enable the internal business processes of organizations, operate with ease. Web Services are small applications published using UDDI to enable all the people find them.
Web services are that they are platform neutral. BizTalk can leverage Web services.

Q11. Explain the difference between routing and Content routing?

A BizTalk Server business process involves receiving, processing, and sending messages. Some messages do not require intensive processing in an orchestration. They can benefit from a simpler and more efficient solution called Content-based routing.

Ans: BizTalk server detects the potential for certain race conditions, which are ensured that all correlated messages are received by the same orchestration instance. The potentiality of these race conditions is detected by BizTalk server. These messages are treated as a ‘convoy’. A convoy set is a group of correlation sets. All such subsequent messages which match the general subscription are evaluated against the convoy set, and the matched convoys are routed to an existing port.

Q14. How rules engine is provided in BizTalk Server?

Ans: Rules engine is provided as component of a business rules management system, which provides the abilities such as define, register, classify and manage all rules, verifies consistency of rules definitions, defining relationships among rules and relates them to IT applications which are effected by one or more rules.

Q15. How to use the message types?

Q16. What is Promoted property in BizTalk Server?

Q17. Described the purpose of BAM in BizTalk Server?

Ans: Purpose of deriving up-to-date metrics and key performance indicators from the BAM databases, Business Integration tools are used. The forecasting of process trends by uses and monitoring processes in real time scenarios is done by using BI tools. Users get alerts for situations which need their intervention for preventing undesirable outcome for encouraging beneficial results, a mechanism is provided by BAM.

Q18. What is BAM in BizTalk Server?

Ans: Business data and process milestones are captured by Business Activity Monitoring(BAM), which is a module in BizTalk . Business decisions makers are allowed by BAM for gaining insight for their in-flight process.

Ans: Following is the list of events (Persistence Points) that call the persistence operation:

Q20. How to change the message type?